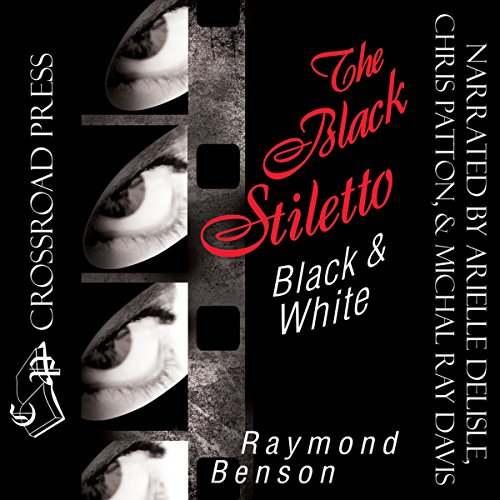 It's 1959, and Judy Cooper, the Black Stiletto, sets out to confront a dangerous gangster known as the heroin king of Harlem, when the teenage daughter of her beloved martial arts instructor ends up a prisoner in an uptown narcotics den. The Stiletto has troubles of her own - a shady filmmaker is threatening to reveal her identity to the world - a close friend of her landlord and substitute father may be in cahoots with the Harlem criminals - she's fighting for racial equality - and she has fallen in love again, this time with an FBI agent who has standing orders to arrest her.

Meanwhile the Stiletto's son faces his own blackmail crisis when he finds out that there is a second copy of an 8mm film he found in his mother's strongbox - showing the Black Stiletto unmasked in a film studio dressing room. As he tries to stop the filmmaker's son's extortion plot, he learns that his daughter, Gina, has been brutally assaulted in New York City. The past and the present meet.

This is book two in the Black Stiletto series and it is already evident you must read these books in order. If you did not read Black Stiletto stop and do so before you start this book. This book picks up at the ending of book one. It also goes back and forth between the present day with Martin Talbot vising his mother Judy Cooper Talbot in the nursing home and current events in his life. The other part is 1959 with Judy Cooper telling her diary the newest escapes of the Black Stiletto. In this book she is after a drug dealer in Harlem who has her Japanese martial arts instructor's daughter held drugged in brothel. The dealer is also extorting money from her instructor to return the daughter. Judy goes into action and the problem is bigger and she discovers a crooked FBI agent. Do not let this description fool you the story is far from boring but is action packed, fast moving, some humor and romance, the story just flies. Raymond Benson writes with tight prose and grabs your attention. Martin daughter, Judy's granddaughter is attacked in New York City and is in hospital with a broken jaw. This gets me to wondering if in the future Gina may pick up her grandmother's role. Can not wait for the next book in the series. Book makes a nice relaxing fun read.

loved it. The story, narration, made it one of my favorite books to date.

The voice actors do an amazing job at telling this fascinating story. It's so well written that I've been drawn in deeper with each word. I'm trying to pace myself as I go through the next 3 books in the series. I don't want the story to end yet!