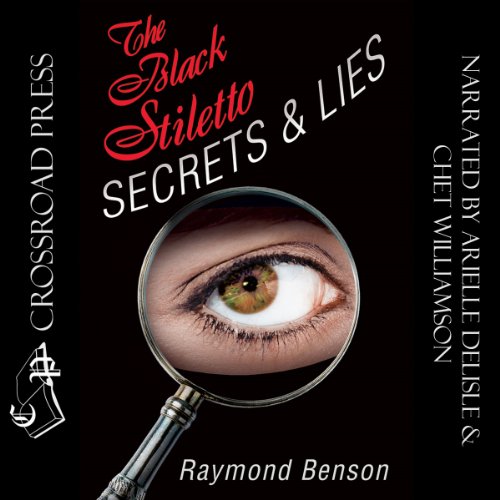 By: Raymond Benson
Narrated by: Chet Williamson,Arielle DeLisle
Free with a 30-day trial

It is 1961 in the fourth audiobook of the Black Stiletto series. Judy, the Stiletto, meets Leo, a charismatic man who convinces her to move to Los Angeles when she is "run out" of New York by increasingly hazardous police heat. But soon Judy suspects that Leo is not the white knight she first thought. Leo, who has connections with the West Coast mobs, has plenty of skeletons in his closet. His mysterious sister, Christina, who once served time for armed robbery, could also be a threat to the Stiletto's new life in California. Meanwhile, in the present, Alzheimer's-stricken Judy takes a turn for the worse as Martin comes to grips with the imminent end of his mother's life. And when elements from the Stiletto's past once again appear to threaten Martin's family, it is up to his daughter Gina to step up and take matters into her own hands. In a novel bristling with mysteries, secrets, and lies, the Black Stiletto saga takes a dark left turn into even more treacherous territory.

What listeners say about The Black Stiletto

Good story that keep you to the end, with good narration. Given audio for my voluntary review