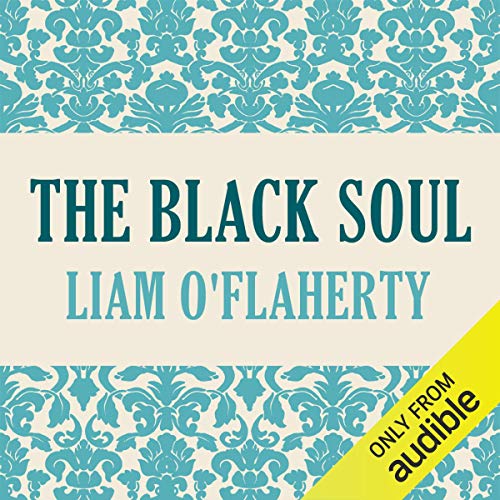 Intense, compelling, beautifully descriptive - as Wuthering Heights is to the Yorkshire moors, so The Black Soul is to the Aran Islands.

The sea roars dismally round the shores of Inverara. A stranger takes a room on the island. Here lives a couple whose married years have been joyless, until the presence of the stranger unleashes their passions.... For as spring softens the wild beauty of Inverara, the stranger becomes conscious of the dark-haired Mary - how summer makes her shiver with life.

He is the first man she has ever loved, and she thrills with sexual awakening. But with autumn comes danger. Peasants mutter superstition against Mary; Red John laughs at nothing, there's murder in his eyes; and a madman's yell hurls the Stranger back to sanity.

Liam O’Flaherty aka Liam Ó Flaithearta (1896-1984) was a significant Irish novelist and short story writer and a major figure in the Irish literary renaissance. O'Flaherty was the son of Maidhc O'Flaithearta and Maggie Ganley of Gort na gCapall. In 1908, at the age of 12, he went to Rockwell College. This was followed by enrollments at Holy Cross and University College, Dublin. He did not attend the first two schools for long. He had intended joining the priesthood, but in 1917 he left school and joined the Irish Guards under the name 'Bill Ganly'.

He served on the Western Front, where he was injured, and it is possible that the shell shock he suffered may have been responsible for the mental illness that became apparent in 1933. He travelled in the United States and Europe, and the letters he wrote while travelling have now been published. He had a love of French and Russian culture, and this may have been part of the attraction he felt towards communism. Before his death, however, he left the communist party and returned to the Roman Catholic faith.

Monotenous, then stupid Irish tragic end. The reader was comically lugubrious. Much ado about nothing.