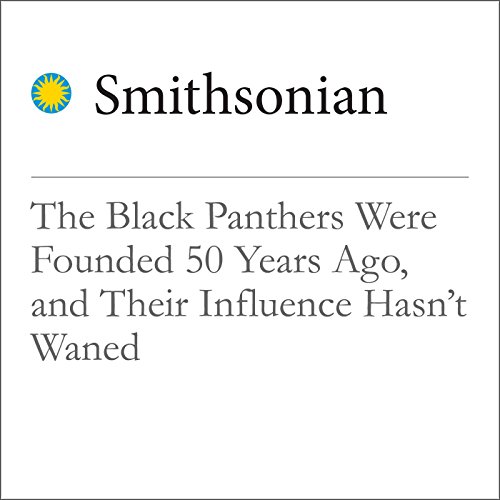 The Black Panthers Were Founded 50 Years Ago, and Their Influence Hasn’t Waned

By: Jeff Greenwald
Narrated by: Mark Schectman
Free with a 30-day trial

From Black Lives Matter to quarterback Colin Kaepernick’s bended knee, the Black Panthers’ political legacy remains alive in America’s ongoing dialogue about race, justice and privilege. The backbone of their philosophy—a mix of demands and aspirations—is the Party’s Ten-Point Program, written in October 1966 at the North Oakland Neighborhood Service Center.

"The Black Panthers Were Founded 50 Years Ago, and Their Influence Hasn’t Waned" is from smithsonianmag.com, published on October 28, 2015.

What listeners say about The Black Panthers Were Founded 50 Years Ago, and Their Influence Hasn’t Waned