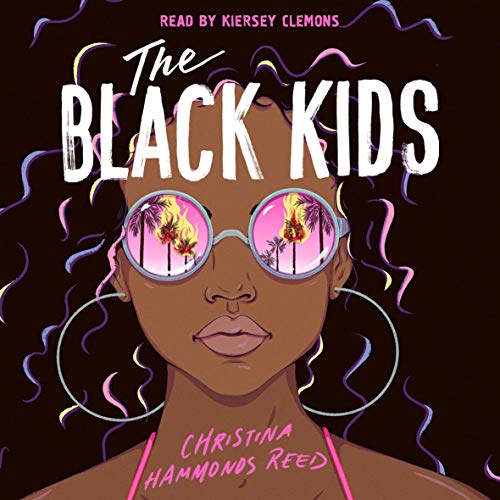 By: Christina Hammonds Reed
Narrated by: Kiersey Clemons
Try for $0.00

Perfect for fans of The Hate U Give, this unforgettable coming-of-age debut novel is a unflinching exploration of race, class and violence as well as the importance of being true to yourself.

Ashley Bennett and her friends are living the charmed life. It’s the end of high school, and they’re spending more time at the beach than in the classroom. They can already feel the sunny days and endless possibilities of summer.

But everything changes one afternoon in April, when four police officers are acquitted after beating a Black man named Rodney King half to death. Suddenly, Ashley’s not just one of the girls. She’s one of the Black kids.

As violent protests engulf LA and the city burns, Ashley tries to continue on as if life were normal. Even as her self-destructive sister gets dangerously involved in the riots. Even as the model Black family façade her wealthy and prominent parents have built starts to crumble. Even as her best friends help spread a rumour that could completely derail the future of her classmate and fellow Black kid LaShawn Johnson.

With her world splintering around her, Ashley, along with the rest of LA, is left to question who is the us? And who is the them?

What listeners say about The Black Kids