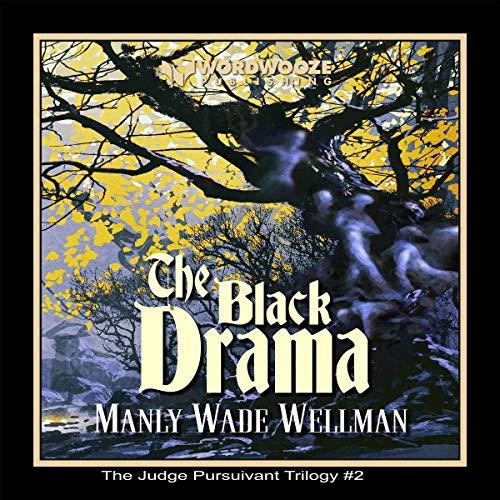 By: Manly Wade Wellman
Narrated by: Gene Blake
Try for $0.00

A horrifying story from Weird Tales, the supreme shudder pulp, about a mysterious personality who claimed he was a descendent of Lord Byron - and the hideous doom that threatened all those around him!

Gilbert Connatt, former film star, now dead broke, would give his life for a good role. And that may be just what he has done when he signs to be the lead in a newly discovered play by George Gordon, Lord Byron. As an added inducement, Gilbert finds he will be playing opposite his former flame, Sigrid Holgar, who has become a megastar since they broke off their headline-making Hollywood romance.

The play is to be premiered at a summer theater, deep in the Berkshires, far from the maddening crowds. Not long after the cast’s arrival there, Sigrid and her manager are attacked by menacing, half-shaped entities in the dark, and barely escape with their lives and sanity. Then, Gilbert accidentally stabs Varduk with a sword - but no blood is drawn and the producer is apparently unharmed.

Things become stranger still, when Judge Keith Pursuivant, an eminent authority on the occult, who has been invited by Varduk to authenticate the handwritten manuscript of the play, is stumped when he realizes it is the great poet’s work - even though the paper is less than 10 years old. As Judge Pursuivant and Gilbert are discussing these unearthly events, Varduk’s valet warns them not to challenge his master who, he says, is a man of tremendous and uncanny powers.

Later that night, things become more terrifying for Gilbert and Sigrid, finding the flame of their former love has not been entirely extinguished, discover everyone’s life is threatened by terrifying forces from beyond....

What listeners say about The Black Drama