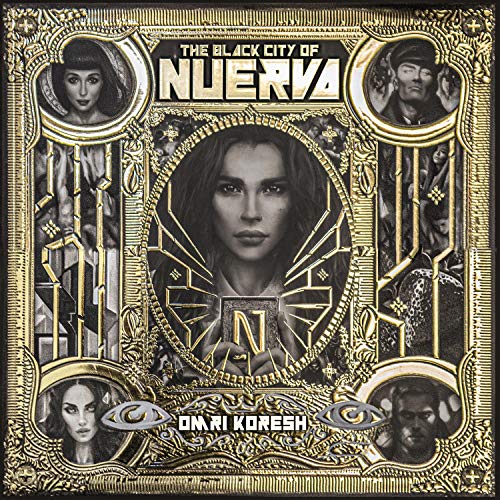 The Black City of Nuerva

By: Omri Koresh
Narrated by: Lani Lenore,Nick Sleeper
Try for $0.00

The Black City of Nuerva is a personal journey, crafted in first person. The main character is crafted as both male and female (considered as queer writing). The book itself is full of original artwork, with 60 paintings created as a re-interpretation of what is happening in the various scenes of the story. The book and the original artwork took several years and a lot of hard work to complete.

This is the audiobook.

On the day of the attack, I was sitting at the park, reading a book. Slavers rode in on monstrous ships. They took everyone, including me.

I was taken to a horrible black city called Nuerva, where the buildings were jagged lines cutting across the sky. A man, the captain, took me as his plaything and kept me as his own prisoner. After many days, I finally found the courage to escape.

Alone and frightened, I ran to the furthest edge of the city, and there I found hope. There was another city in the distance - a bright, colorful one. All I had to do was cross the bridge.

I didn’t make it. I was shot at the edge of that bridge which connected the light and the dark cities, moments from freedom.

But I wouldn’t die just yet. It wasn’t my time.

Note: Originally an art book as well as a novella, although much is missed from not getting visuals, I still think it's an enjoyable hearing. Thank you for listening!

What listeners say about The Black City of Nuerva