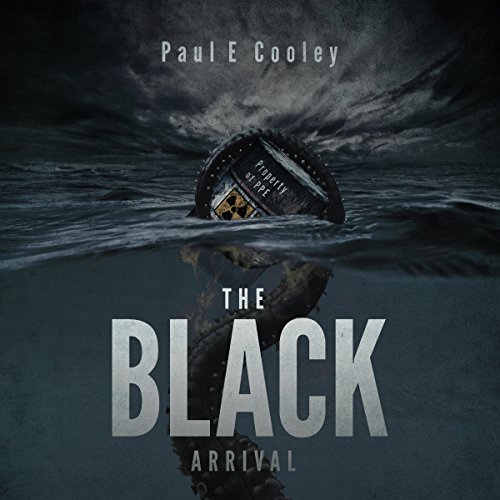 The crew of the deep-sea exploration rig Leaguer discovers oil that's sweeter, purer, and sure to be more easily refined than anything that's ever existed. To confirm their own analysis of their billion-dollar find, a test barrel is flown from the drill site off the coast of Papua/New Guinea to Houston Analytical Laboratories (HAL).

As the unsuspecting scientists at HAL await the arrival of the oil, they ready their lab for what they know is an important job. They've seen the test results from Leaguer; this find could make history.

While the barrel is on its way to Houston, an "infection" breaks out on the far-away rig. And as life aboard the rig descends into chaos, the scientists at HAL make their own discovery - what Leaguer found is indeed historic; it just isn't oil. Instead, they've brought up a dangerous organism that could threaten all life on Earth.

Trapped in their labs, the scientists must find a way to fight a creature that defies chemistry, physics, and biology.

The Black: Arrival, a parallel story to the Amazon horror best seller The Black, is a pause-resisting suspense novel that will fill you with claustrophobic terror.

Now that The Black has arrived, will humanity survive?

What listeners say about The Black: Arrival

What Did We Dig Up and How Can We Stop It?

Would you consider the audio edition of The Black: Arrival to be better than the print version?

What other book might you compare The Black: Arrival to and why?

It's a cross between Jurassic Park and a good zombie story. There are no actual zombie elements to this story per se but something very dangerous does spread. I would compare it to Jurassic Park because people are trapped with something very old, very smart and very good at killing. The story has some bio chemical science but is mostly action and suspense with ordinary folks as opposed to the super solider variety. It helps if you've read Book 1 but I think this can stand alone as there is no character sharing between the two parts. Book 1 is the accidental discovery of 'the thing' and Book 2 is what happens when 'the thing' winds up in a lab before anyone realizes it is 'a thing'.

Don't be nervous about purchasing this because it is an author-read book. It's actual better than some professionally read books I've listened to.

read the first so read the second. must be into the story line, BUT that author should have paid someone else to read it. it would be better with a reader with emotions instead of all the f*** words to take the place of. I could read better - hire me!

Yet another bad narration

Couldn't finish this book. Narrator (author) rushed thru the book by simply reading it out loud in a monotonous, disinterested, rushed tone of a person trying to get thru something they are required to read but are not interested in. He often had abrupt spaces between two consecutive words as though he had to turn the page and didn't even know what the next word would be until he read it. His female characters were distinguished from the males as they all spoke in that fake, high falsetto voice that male comedians would use to quote something stupid their girlfriend had said. Gorey action scenes were read aloud in the same rushed, bored tone as the descriptions of the day's lunch selection. Whenever a narration sounds worse than I would, in my own head, reading it to myself, I know I should have just bought the book instead. Returning this and getting my credit back. Sorry, author.. please hire someone to narrate your next book.

Paul be proud of what you have written but give another narrator a chance to do the voices and bring the essence and feel of your book to fruition.

loved it! Modern day Alien! This is strong stuff and needs to be taken in small doses for your anxiety issues!

A Shaggoth Stalks Among Us!

If you could sum up The Black: Arrival in three words, what would they be?

This BLACK Shaoggoth is a Really Scary Monster! The Best Monster since John Carpenter's "The Thing." It's amazing no one has written this horror / Action thriller before. The BLACK is H. P. Lovecraft's classic Shaggoth monster bumped up to the action packed adventure of the Space Marines in "Aliens". A true "Weird Tale" indeed!

Would you listen to another book narrated by Paul E. Cooley?

Lord NO! Please no! He's a good scary monster writer, but needs work as a reader. The Beginning is very hard to get through as it's sow as he sets the scene, and his reading is HORRIBLE and his voices are terrible! However, the story is so good, and scary, and thrilling, you get over his bad reading as the BLACK / Shaggoth monster appears and from there on the book is a break-neck-pace run from the unstoppable hungry monster tale!

Who was the most memorable character of The Black: Arrival and why?

Ah… The Nerd Programmer named Chuckles. I think the writer identified with this character, and gave his a juicy bit of plot. Wish he had finished with him in a tad more heroic was, as we learn he could have done well with his Cigaret smoking… fire and all that. A good beat in this tale that was missed.

Good Monster story. Terrible reader. However, hang in there, when the monster appears, it gets so thrilling you forget how bad the reader is… that is a REAL complement to the Writer. Please Mr. Cooley… write more , read out loud less. Thank you.

I really enjoyed the first book and this one picks up where the first leaves off. The story is a slow build and I really enjoyed that as the reader knows what the black is. The voice acting is still not the best by a long way and at some points is a little cringy but It's definitely an improvement from the first book. I'm already looking forward to the next installment!

The pace is well set

A well placed story in the time line of events from the previous book, sets the book off on a cracking pace. Look forward to hearing the next one.

one of the worst books I've listened to in a long time!! The narration was particularly annoying. Badly written and wholly predictable

Where does The Black: Arrival rank among all the audiobooks you’ve listened to so far?

Again a little slow for the first 3 chapters and then cannot put it down. Like the first book it actually requires the first slow chapters to get to know the characters and how they react to situations. Hoping the 3rd Book is as good.

What about Paul E. Cooley’s performance did you like?

Yes of course, but cannot so it was in about 12 stages.

The narration was much better in this second book. good story really enjoyed it. kept me guessing all the way through. I liked the characters and the monster was a proper bad ass

Black is the new intelligent horror!

It's not entirely new ... Man vs ancient threat uncovered by accident but it is very well written. It has a level of detail that makes it feel entirely believable. The characters are well drawn with real responses to situations. A nod to author Lovecraft also gives it some historical ( hysterical?) depth. The narration is very good maybe because the narrator is the author so knows how he wants it to sound. All in all excellent.