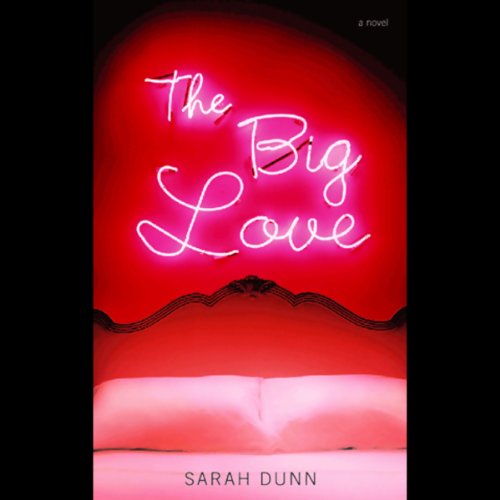 A fresh, funny debut novel about commitment, competition, and the occasional joys of unencumbered sex.

Now that her live-in boyfriend Tom has abruptly left her for his old girlfriend (he went out one night to buy a jar of mustard and didn't come back), and given that Gil-the-homosexual, her previous boyfriend, wasn't really that interested in her anyway, Alison is finally free to find her Big Love.

Embracing her freedom, she buys hiking boots and lacy underwear. She has an eye-opening fling with her new boss, and receives an unexpected proposal from an old friend. She samples love's many varieties, all the while talking obsessively with her girlfriends. She struggles with her neuroses. She loses her job. Then Tom returns, with the mustard.

Hilarious and heartbreaking, witty and chatty, The Big Love combines the emotional incisiveness of Jane Austen with the up-to-the-minute frankness of Sex in the City. It also proves that being dumped isn't so bad after all.

This is just a bad book. It sounds interesting in the description but it's not interesting at all. I would have left the main character long before her boyfriend tom did. Don't waste you time on this book unless you want something short and boring to listen to.

This book was extremely dull. I find with most audio books, it takes a few minutes to get into it.. adapt to the narrator's voice etc but it didn't matter how long I listed to this book, I was bored to tears! After about an hour and half I started skipping forward in hopes that something exciting would happen. Finally I went to the last half hour of the book and didn't miss a thing. I love listening to audio books and this is the only one that I didn't listen to from start to finish. The storytelling is dull at most. The main character usually rants about useless subjects for 10 or so minutes, none of which seems to have any relevance to the story. There isn't any character development to make you like or relate to Alison and the author has WAY too many "she said" on one line after another when there was dialogue... it's annoying! I think I'll read the reviews of books more carefully before downloading another by this author or narrator.. I didn't like either.

This book was utterly the most boring dribble I have listened to yet. It is a story told using a first person narration, and it reminds me of the awful times when you get stuck in a conversation with someone who talks non stop about their boring life -- and who just doesn't know when to shut up. Alison's life story is nothing special, its a simple tale of a women with issues trying to go through the dating life. There are no grand adventures, no brilliant insights, no quirky but fun charactors -- just dribble that goes on, and on, and on.