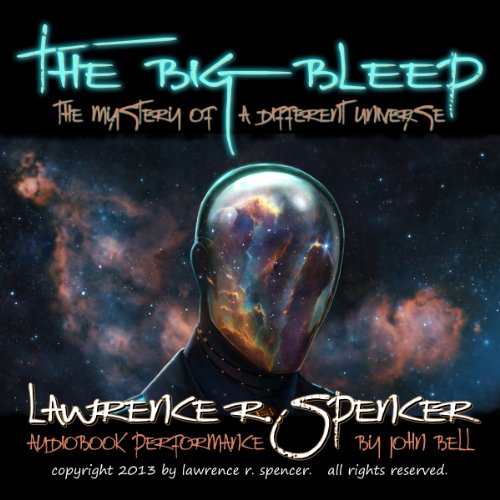 By: Lawrence R. Spencer
Narrated by: John Bell
Try for $0.00

The Big Bleep is a satirical tribute to Raymond Chandler's classic American noir detective story, The Big Sleep, that became the standard for crime stories featuring tough, cynical characters and bleak, noir scenarios. The principle characters in his book were portayed in film noir by Humphrey Bogart and Lauren Bacall. The Big Bleep is the story of hard-boiled, Harley riding detective Sam Shovel, digging up the truth on a comedic, existential journey of self-realization. It's an investigation into a universe where a fictional character can become self-aware - just like in real life! And, it's the only book that tells the truth about what REALLY happened to the Earth dinosaurs... (really).

What listeners say about The Big Bleep

One of the greatest movies, and my favorite, is &quot;The Big Sleep&quot;, with Humphrey Bogart and Lauren Becall. It's been called a crewball comedy in the disguise of film noir.
The Big Bleep .... is .... well ... nothing to do with the movie, and any parallelisms between the movie and this book intentionally never intersect. Yeah, you get the idea. Maybe.
John Bell makes the book breath and live. His Bogie impersonation is the key to The Big Bleep being a satire on a grand scale.
I rarely LOL .... it's not that kind of humor, but I frequently found myself smiling ear to ear, almost locked in perpetual grin as every colorful bandy of dialog was proxy'd with &quot;bleep&quot;.
If Raymond Chandler and William Faulkner were alive today, they'd approve.
I know I do.
Mr. Spencer ..... encore, please?