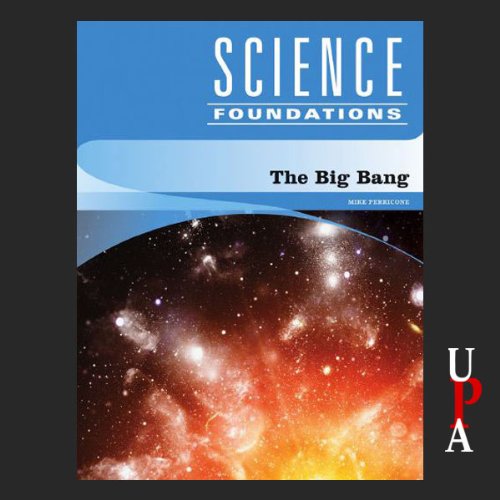 By: Mike Perricone
Narrated by: Kirby Heyborne
Try for $0.00

Less than a hundred years ago, science seriously debated whether a cosmic array of stars and galaxies extended beyond the Milky Way. Discoveries and theories have revealed a universe of increasing enormity, complexity, and mystery.

The Big Bang follows the pioneering observations of Edwin Hubble and the early insights in cosmological theory by Alexander Friedmann and Father Georges Lemaitre. The dramatic discoveries of the cosmic microwave background radiation and the accelerating expansion of the universe set the stage for compelling new evidence about big-bang origins. The theory of inflation and the concept of dark energy have established the context for our current outlook on the cosmos. New space probes and space telescopes are the next steps in the quest to understand the origins of the universe. The book is published by Chelsea House Publishers, a leading publisher of educational material.