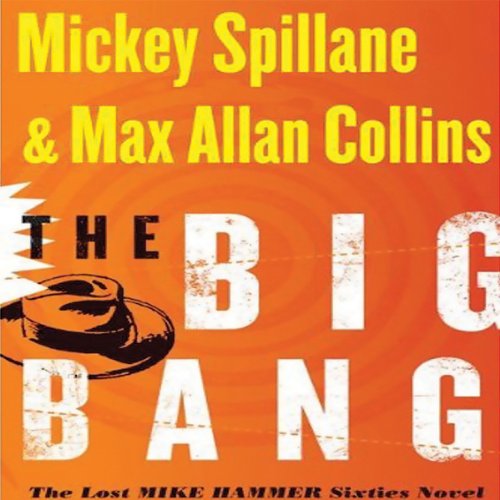 In midtown Manhattan, Mike Hammer, recovering from a near-fatal mix-up with the Mob, runs into drug dealers assaulting a young hospital messenger. He saves the kid, but the muggers are not so lucky. In a New York of flashy discotheques, swanky bachelor pads, and the occasional dark alley, Hammer deals with doctors and drug addicts, hippie chicks and hit men, meeting changing times with his timeless brand of violent vengeance.

Originally begun and outlined by Spillane in the mid-sixties, and expertly completed by his longtime collaborator Max Allan Collins, The Big Bang is vintage Mike Hammer on acid—literally. Hammer and his beautiful, deadly partner Velda take on the narcotics racket in New York, just as the streets have dried up and rumors run rampant of a massive heroin shipment due any day.

“Mike Hammer is an icon of our culture.” ( New York Times)

Typical Mickey Spillane..good story and well narrated by Stacy Keach. I would recommend it as a good private eye novel.

disappointed in the ending

Usual Mike Hammer with a lot of action but the ending really was a disappointment.

Reflect the conservative swing of view on crime of the era

Pedestrian hard boiled PI story with irritatingly boring - self indulgent tells of sexual exploits, lowbrow reactionary sociology in the same vein of Dirty Harry and Death Wish, betraying an angry white neanderthal acting tough to mask the fear of kissing control in what he considered as changing world.