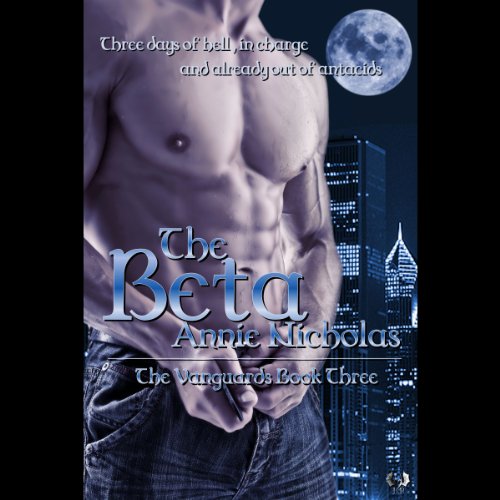 By: Annie Nicholas
Narrated by: Quiana Goodrum
Try for $0.00

Three days of hell, in charge, and running out of antacids.

As the pack's Beta, Robert needs to watch over the Vasi werewolf pack for a few days. He hates the responsibility, but his job is to dissolve any problems while his alpha honeymoons. Nevertheless, trouble comes to town and her name is Esther. She's beguiling, beautiful, and picks his pocket. Although Robert doesn't trust her, he still wants to possess her.

Esther arrived in Chicago with the intention of slaying a vampire named Daedalus. While trailing her quarry, she encounters Robert who unhinges her world. He doesn't know her trade, and she doesn't know his connection to the vampire. Disturbed by her attraction to this unusual werewolf, she can't decide which prey to hunt. The one who's stolen her heart or the one who'll fill her bank account.

What listeners say about The Beta