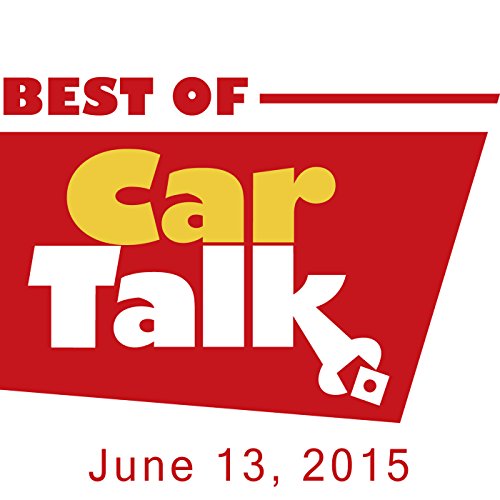 This week on The Best of Car Talk, Janet's beloved Grand Marquis got flooded in Houston's torrential rains. Janet decided to keep the car, despite her insurance wanting to total it. How big a mistake did she make? Well, probably not as big as the one Michael is about to make. He bought a new VW Jetta with a stick shift, but his wife really wanted an automatic, so Michael is considering a transmission transplant.

Elsewhere, Flap's husband can't follow directions 30 seconds after she tells him which way to go; Megan can't decide if her mechanic is a moron or a sleazeball; and on Stump the Chumps, we find out if Bob set off a bug bomb in his truck, assuming he has enough brain cells left to form a sentence. All this and more, this week on The Best of Car Talk. [Broadcast Date: June 13, 2015]