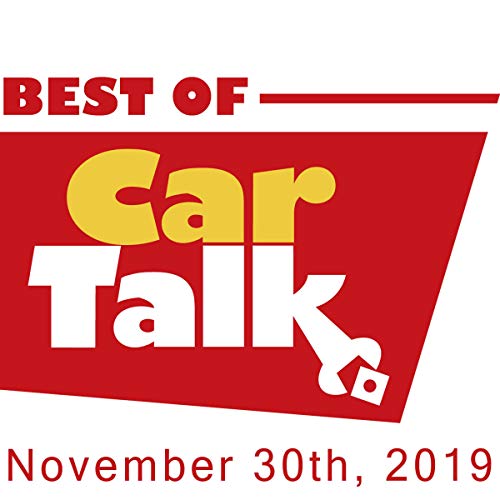 This week on The Best of Car Talk, Prashanth's new wife is about to come to America for the first time. Should he greet her with his beat-up Corolla, spring for a new car, or try to fake it by renting something until it's too late for her to turn back to India?

Elsewhere, Al stands accused of "careless parking”—his brother says Al pulls into the garage in a way that makes it impossible to back out. Is this even physically possible?

Also, Father Bob needs a heavy duty flasher, so he can hear his turn signals; a piece of hot molten lead fell on Pam's foot from under the dash while she was driving; and, Deanna's Civic's battery has been stolen several times in the last few months. Does she need a Rottweiler under the hood? All this and more, this week on The Best of Car Talk.

What listeners say about The Best of Car Talk, 1948: Honesty will Always Get You in Trouble, November 30, 2019