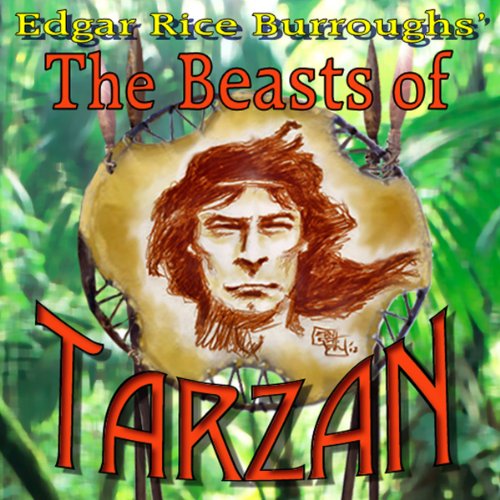 The Beasts of Tarzan

By: Edgar Rice Burroughs
Narrated by: David Stifel
Try for $0.00

Narrated by David Stifel, The Beasts of Tarzan is a novel written by Edgar Rice Burroughs, the third in his series of books about the title character Tarzan. Not long after Tarzan claims his hereditary title of Lord Greystoke and marries Jane, their infant son, Jack, is kidnapped in London by his old Russian enemies, Nikolas Rokoff and Alexis Paulvitch. Using his jungle skill and primal intelligence, Tarzan wins the help of Sheeta, the vicious panther, a tribe of great apes led by the intelligent Akut, and the native warrior Mugambi.

What listeners say about The Beasts of Tarzan

The Beasts of Tarzan audiobook is excellent. The narrator has a perfect voice for this adventure book.

I sped up the narration to 1.2x and it was great.
Good story. Great writing.

I t. Rocks love it great story. The rest of this is only to get passed the stupid requirements of amaZon