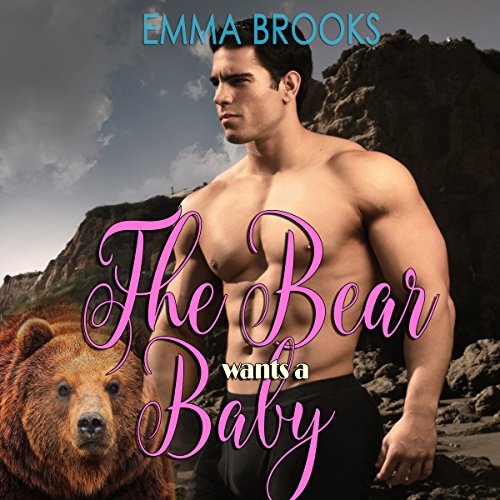 The Bear Wants a Baby

By: Emma Brooks
Narrated by: Hazel M. Shottz
Length: 1 hr and 36 mins
Categories: Romance, Fantasy
4 out of 5 stars 4.1 (9 ratings)
This title is included in Audible Escape

The Bear Wants a Baby

Curvy Laci is looking for love and turns to a dating service in order to help her find a mate. A few guys pique her interest, but no one holds her attention more than the massive, bear of a man, Damien.

6'3" Damien is ready to start a family and falls for Laci hard. But the park ranger holds a troubling secret - one that might just scare Laci away when she finds out. Another man also has his sights set on Laci and isn't about to give her up without a fight, especially to a monster like Damien.

When the dating service holds a mixer, Laci decides to attend and soon finds herself tumbling into a heated romance with the most handsome alpha male she's ever met. After a whirlwind, unprotected, encounter, Laci finds herself with a tough decision. The bear wants a baby, but is she really ready to bear his child?

This book had great potential. It had some really nice scenes. The only drawback was that they felt disconnected. The story didn't feel complete. Thankfully, I listened to the audio. And, I felt where the author lacked connecting the scene's together so that the reader didn't feel like they were missing chunks of the story, the narrator did an amazing job of pulling together continuity as much as she could. The narrator did a wonderful job and brought the characters and scenes to life.
This was a short story. And, though I think if the author had taken a bit more time with development and scene connection it would have been very good, it wasn't bad. And, I suspect she'll get better and better. I would recommend the audio to those interested in shifter stories because the narrator really gives the story life.

The bear wants a baby