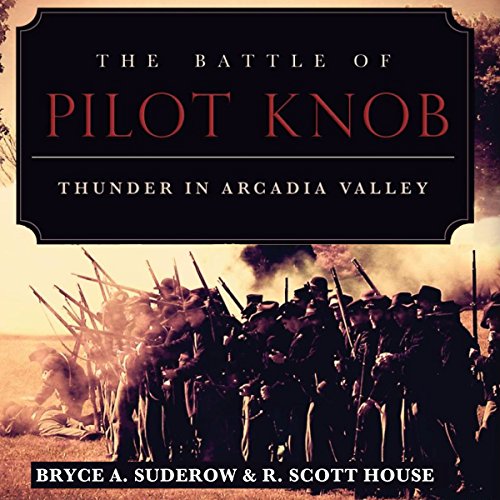 The Battle of Pilot Knob: Thunder in Arcadia Valley

By: Bryce A. Suderow,R. Scott House
Narrated by: Gregg Rizzo
Try for $0.00

A thousand soldiers held off an army 10 times larger at Missouri's Thermopylae. In the fall of 1864, Confederate General Edmund Kirby Smith appointed Major General Sterling Price to lead a raid behind Federal lines into Missouri and to capture St. Louis or Jefferson City. Price entered Missouri with an army of 12,000 men but, instead of moving directly to St. Louis, decided to attack the weakly defended Federal post at Pilot Knob, Missouri, guarded by an insignificant earthwork known as Fort Davidson. After midnight on September 27, 1864, despite the large number of Confederate troops camped around the fort, the Union soldiers silently exited the fort, leaving behind a small group to detonate the fort's powder magazine and destroy the remaining supplies. With Confederate troops in pursuit, the small band of Union soldiers, civilians, and escaped slaves began a miraculous 66-mile march to the railroad at Leasburg.

What listeners say about The Battle of Pilot Knob: Thunder in Arcadia Valley