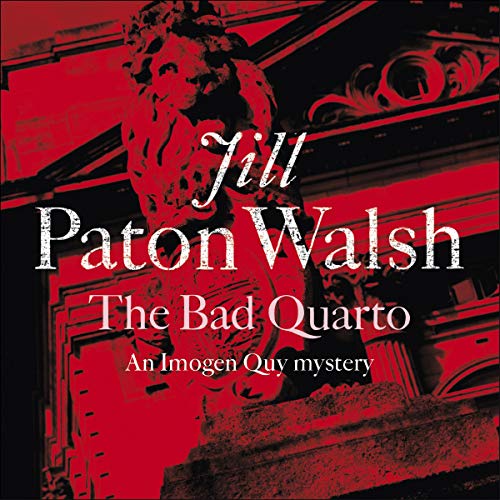 Imogen Quy returns to solve another intriguing Cambridge mystery in the latest in an exciting series to rival Inspector Morse.

Another foolhardy Cambridge college-climber has died attempting Harding's Folly. This time it's John Talentire, one of the brightest young dons at St Agatha's, and the verdict is accident, compounded by idiocy.

But Imogen Quy - her name rhymes with 'why' - can't help wondering how such a clever young man died so stupidly. And when a wildly eccentric production of Hamlet is interrupted by a murder accusation, Imogen has to look into it, uncovering more crime than she expected.

I have loved all Jill Paton Walsh books including her Peter Whimsys. But this one!
The story line was weak and there were parts especially discussing cot deaths/baby shaking syndrome that went on far too long and you lost the will to listen. It was disjointed and lacked a clear conclusion. It was poor and at times boreing
I was very disappointed