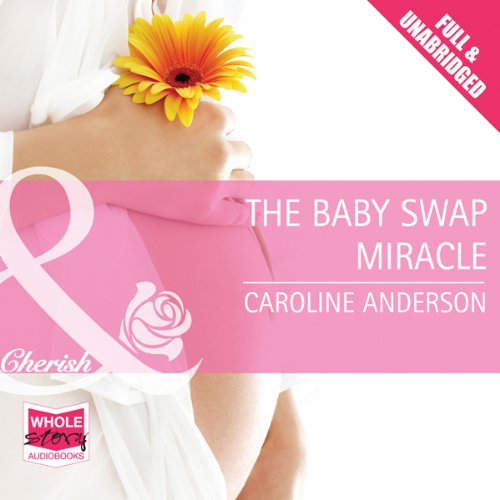 Sam Hunter only intended to help his brother fulfil his dream of having children, but now, through an IVF mix-up, a complete stranger is pregnant with his child! To make matters worse, she's utterly gorgeous...

For warm-hearted widow Emelia Eastwood, this child was meant to be the final legacy of her husband. The hospital's discovery turns her world upside down.

This story reminded me of the older mills and boon modern books. So sweet a story. Recommended to everyone.

this is a really good book. I really like this author. I hope that there will be more of these books on Audible.

Would you listen to The Baby Swap Miracle again? Why?

I'm listening to this for the second time in 3 days,I've had my ipod tucked into my pocket through grocery shopping,dog walking,a bit of car maintenance because I just couldn't stop listening and finished it in one go.

There were so many lovely things here. I thought the relationship between Sam and Emilia was very believable,starting as friendship albeit Sam had been very attracted to her from their first meeting.The way their bond developed over time and evolved into more as we explored Sam's demons was both realistic and touching.I particularly liked that we didn't have some ludicrous plot twist to explain away her first marriage as some kind of sham or mistake,her grief over losing a man she had genuinely loved was respected and treated in a sensitive way as was the way she saw past the facade to Sam's underlying vulnerability and gently set about earning his trust and helping him open his heart again.

The way the story was narrated just suited the characters and the setting so well.I could genuinely picture every scene.I really felt like I was sitting in the rose garden with them.

I alternatively laughed and cried throughout the book.Emilia's amusement and indulgence of Sam's occasional over-protective tendencies and the way she would often just carry on doing what she was doing while he wrestled with himself as to whether or not he should stop her was a situation familiar to many women I think and by contrast observing her heartache as he tried desperately to do what he really wanted and let her in,brought me to tears several times before we came to the most heartwarming and satisfying of endings