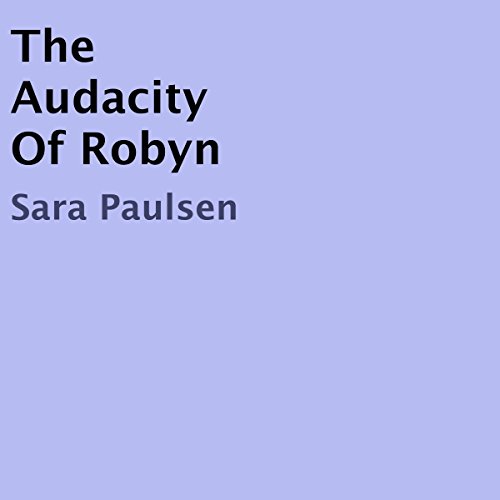 The Audacity of Robyn

The Audacity of Robyn

Robyn does not fit within the labels society has given her and she feels like she is someone in between. By learning to love and respect not just her body, but her mind as well, Robyn is able to live having the freedom to love who she chooses.

Thematically the novel focuses on the idea that no one has the right to demand that your body be something other than what it is.

Robyn Caldwell is from an upper-class family in the New York countryside during the late 1800's who struggles with both her gender identity and sexual orientation. To cope with trying to find her gender identity from early childhood, she began to display increasing amounts of shame.

The novel also follows Robyn's confusion over her sexual orientation. She is attracted to females from a young age and as puberty comes Robyn struggles with her emotions when males pursue her.

While coping with one of the loneliest times in her life after the death of her father, Robyn became quickly in love with the neighbor's wife. Unfortunately, Robyn's deep feelings were not reciprocated and her mother learned of the affair.

After which Robyn was forced to move away with only her former governess by her side to Paris where she wrote her first successful novel. Despite this success, Robyn felt unfulfilled in her life and desperately wanted to experience the unknown.

At the start of the Great War, Robyn found her calling working as an ambulance driver, which is where she fell in love with Ivy. After the combat came to an end, Robyn asked Ivy to move to the Tenerife Sea with her. There they were able to live without judgment or secrecy, only a life full of happiness and love. Finally, Robyn felt complete.

This was a really great story to be heard.

This kinda of struggle is real.
Gender identity crisis is something we still struggle to understand. Can you even imagine how it could of been back in the 1800s? Impossibly difficult.
Sara did her best to show the world through Robins eyes, her fears and extremely confusing thought process. It was hard not hate those who didn't understand her struggles.
I found the love Robins dad had for her was amazing, He was her stronghold. I felt the the story flowed along, some dialog being a bit confusing, but a wonderful message unfolded throughout the book.
Robin was such a strong child then woman. I had to respect Robins steadfastness.

The writing style was in the first person with the MC talking in her head .
there was very little editorial issues, and the story line flowed without lag. the Narration was ok and even though I did struggle a bit listening to this person , I adjusted to it.

A interesting and controversial first book for sure, by Sara Paulsen. I look forward to her next creation.
congratulations on your debut .... you are on your way to a promising career.