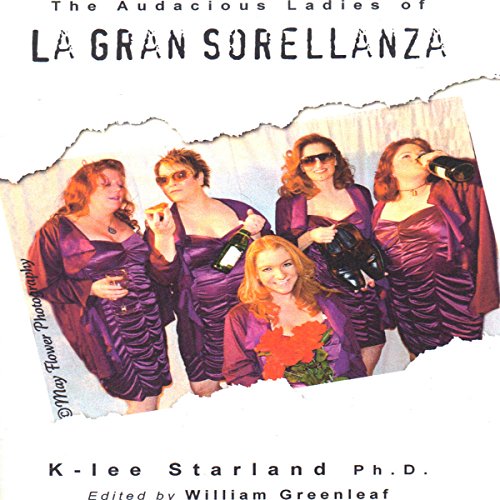 In K-lee Starland's powerful debut novel, The Audacious Ladies of La Gran Sorellanza, the lines between family, duty, and honor are dangerously blurred. The 1950s find mafia boss Don Amato Rizoso determined to enter the lucrative human trafficking business. The only thing standing in his way? Loretta, Mary, Doris, Georgiana, and Meredith - the wives of Don Amato's most loyal and effective underlings. In the egregious absence of any federal laws or Immigration Customs Enforcement task force, these five wives are forced to go head-to-head with San Leandro's most corrupt group of players. Even as they desperately attempt to keep their identities a secret in order to protect all that is dear to them, these powerful women form their own group to rescue the victims of modern-day slavery. From Cambodia to Phoenix to Kiev to Los Angeles, the La Gran Sorellanza women embark on a mission that spans the globe. Witness their violent takedown of "The Cocaine Queen", their spontaneous formation of an underground rescue network, and the dramatic rescue of eight Cambodian girls on their way to slavery. But as they fight for vulnerable strangers, the inevitable question arises: will they be able to protect their own families? This twisting tale will instantly captivate audiences as they are plunged into a netherworld teeming with greed and corruption. In the face of unimaginable odds, Loretta, Mary, Doris, Georgiana, and Meredith work tirelessly to take down an empire built on the bodies of others. Although brought together through marriage, these women bond together through a common purpose: freeing the silent victims of human trafficking.

For first novel this is shot out of a rocket. Great storyline great narration. Don't judge a book by its cover you won't be sorry with this one. I've listened to quite a few of these books and this is the first time I've bothered to leave a review. This could easily be a movie or a TV series. It is about child trafficking which is pretty hard-core already so you got to accept the adult language which I'm fine with. If there is ever a way to get a message out with a great story this is it. Definitely memorable and the narrator did all the accents and everything beautifully. Thank you K-lee Starland. Loved it!!
--Clark A.