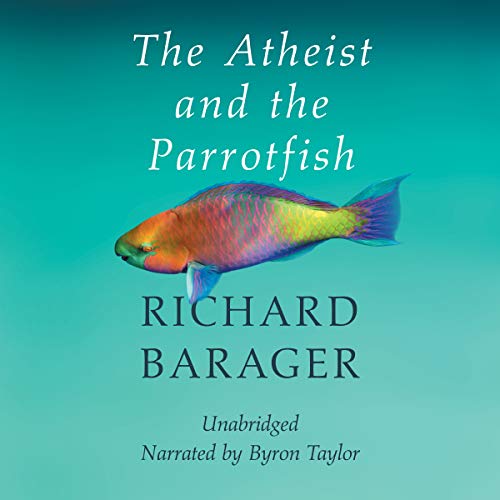 By: Richard Barager
Narrated by: Byron Taylor
Try for $0.00

A doctor’s religious doubt is shaken by a transplant patient’s eerie knowledge of his organ donor’s most intimate secret.

Doctors tend to the needs of their patients, but patients give meaning to the lives of their doctors. So it is for Cullen Brodie, a twice-divorced California nephrologist, and Ennis Willoughby, a troubled cross-dresser whose life is saved by a rare heart-and-kidney transplant.

Cullen’s bitter disbelief in the afterlife is tested when Ennis begins to exhibit tastes and characteristics uncannily similar to those of his female organ donor - whose first name Ennis inexplicably knows. When Ennis becomes convinced that the donor’s soul has inhabited him, Cullen sides with Ennis’s psychiatrist, who tells Ennis he has subconsciously confused his emerging transgender personality with the imagined characteristics of his female donor.

While his psychiatrist coaxes forth Ennis’s female side, Cullen is summoned to the South Pacific by an old lover for a reckoning of their past. On the island paradise of Rarotonga, he is forced to confront the heartrending truth about a tragedy that destroyed their college romance - a tragedy Cullen blames on religious zealotry.

Filled with resentment over what he has learned, Cullen returns to Southern California determined to shatter Ennis’s delusion of ensoulment. But Ennis’s eerie knowledge of his donor’s greatest secret forces Cullen to consider the unimaginable: Is it possible he is witness to a verifiable incident of transmigration, tangible proof of a human soul? Or is he witness instead to the miracle of being transgender? Male and female at once, the glory of one and the glory of the other, both shining - like a parrotfish, another miracle of nature, changing gender apace, beside its glorious, ever-changing hue.

"As events spiral beyond [the characters'] control, readers are introduced to a questioning process that challenges them to consider the disparate paths of personal change and the possibilities of medical and religious realms intersecting in unusual ways. All these facets, especially the winding commentary on transgender identity and evidence of a soul, could easily have become confusing, especially when given an added shot of intrigue and the elements of a medical mystery; but under Barager's pen the logic of events and the evolution of personalities and new beliefs are impeccably drawn, and fascinating." (Midwest Book Review)

What listeners say about The Atheist and the Parrotfish

One Area Of Extreme Disappointment....

This story was awesome!! It contained compassion,love, self endurance and human togetherness. The major disappointment I had with this audiobook was the narrator gave my beloved main character a very deep, deep voice and I know for certain he would have had a feminine voice. That's the main attribute to a trans woman the voice changes. Other than that I loved everything about this story! It was beautiful!!!!

A good story used to deliver a message

I hate preachy, inspirational books, and this story, while it does in the end convey an inspirational-iish message, was not al all preachy. I liked Cullen, the atheist (and also the physician), and I loved Ennis, the cross-dressing parrotfish. Some of the plot twists and turns were a bit over-the-top (the whole side story involving Rarotonga was not really necessary to my mind), but the story kept me interested and concerned for the characters' fates. Can transplant recipients really be influenced by echoes of their donors' nature? I can't say for sure, but Mr. Barager made a convincing case for believing it possible. I was given a free review copy of this audiobook at my request and have voluntarily left this review. When I get a free review copy, my final judgement comes down to whether I am grateful or resentful for the commitment I made to get through it. In this case, I'm definitely grateful I got to experience this book as I probably would not have stumbled across it on my own. I was remiss in not posting a review immediately upon finishing the story, but several weeks later, the characters and their stories remain fresh in my mind, and I can see myself returning for a reread (or re-listen) at some point in the future.

Drawn out book with unlikable characters

I didn't care for this book. I felt nothing for any of the characters and the subject matter bored me. There wasn't a single character in this book who appealed to me or that I even cared to find out what was going to happen with them. Cross dressing, organ transplant, affairs or death....I just found it overall depressing and boring. This book was given to me for free at my request and I provided this voluntary review.