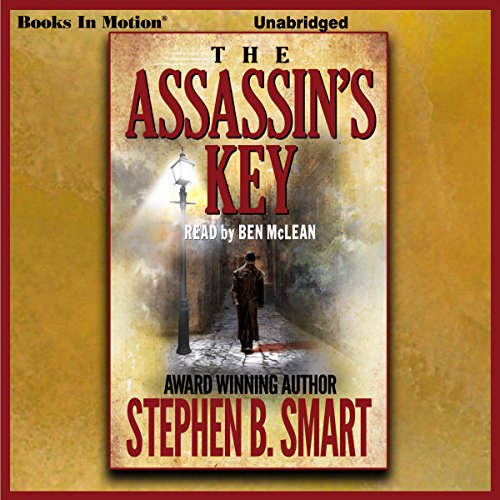 At 14, Gillis McCabe has a contentious argument with his father and angrily leaves his home, vanishing into the city. Years later, through hard work and innovative decisions he rises to become one of the wealthiest businessmen in Virginia. Feeling an urge to mend the relationship with his father, he decides to make the journey back to his childhood home. What he discovers shocks him.

His father's estate is in shambles and the entire staff has been massacred. The mystery deepens when he finds Letty, the slave that raised him, and she gives him a strange medallion just as she dies. Gillis surveys the estate and realizes the only thing missing is his father, Scully McCabe.

Tensions between the North and South are at a boiling point. The residents of the nation's capital are on edge as the city's murder rate soars. Searching for his father, Gillis quickly finds himself drawn into a downward spiral of death, torture and kidnapping at the hands of a mysterious group of brutal assassins.

Gillis McCabe will face the greatest challenge of his young life as he tries to locate his father and stop a plot that could change the course of history.

What listeners say about The Assassin's Key

I was so pleased to see this book become available. I have throughly enjoyed the previous books by this author and the way the track is followed back to its origins. I highly recommend this book and the others by this author.

The narration put me off from the beginning. It never got any better. His attempt at doing the southern female voice was inexcusable.
There were no distinction from one word to the other, no matter the circumstances. And worst of all the southern drawl was more of a southern of whine. This made it very difficult for the female character to endear herself to the reader. Indeed, some of her responses were impossible, with the circumstances and situations.
There are also many gaps in the plot
Worst of all was the narration. It could not have been worse if it was a deliberate attempt to put off the listeners. It in stuck with it on the strength of his first book, “Whispers of the Greybull ”, which was an excellent book. My curiosity got the best of me so I stuck till the end.
Not sure it was worth my time , but I won’t request a refund because I persisted when I knew after a few chapters that it was a terrible listen.