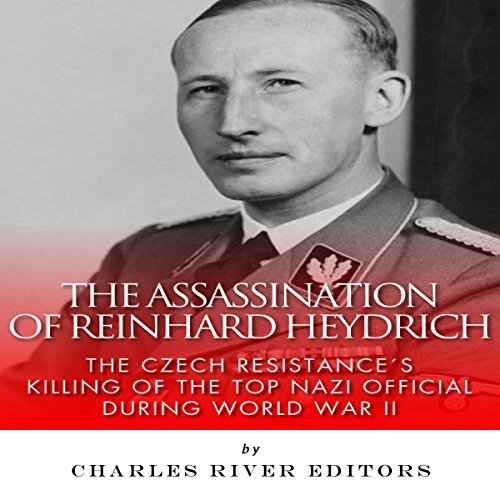 The Assassination of Reinhard Heydrich: The Czech Resistance's Killing of the Top Nazi Official During World War II

"Since it is opportunity which makes not only the thief but also the assassin, such heroic gestures as driving in an open, unarmoured vehicle or walking about the streets unguarded are just damned stupidity, which serves the Fatherland not one whit. That a man as irreplaceable as Heydrich should expose himself to unnecessary danger, I can only condemn as stupid and idiotic." - Hitler

Cloak and dagger adventure, with daring commandos parachuted deep behind enemy lines to kill a sinister mastermind, belongs chiefly to the realm of thriller novels or films. However, World War II stretched over such vast territories and affected so many hundreds of millions of people that nearly every possible human interaction, from the vilest to the noblest, and from the most pedestrian to the exotically adventurous, achieved reality at some point during the conflict. The assassination of Reinhard Heydrich stands out as one of the war's most remarkable secret operations.

"The man with the iron heart," as Adolf Hitler dubbed him, made a fitting target for the dramatic events which unfolded in Prague on May 27, 1942. According to testimony by the historian Michael Freund, "He is one of the greatest criminal figures of the Third Reich. Nowhere in the histories of the Third Reich has [Heydrich] been awarded his rightful place. He is a man of outstanding significance, a criminal mind of Luciferic grandeur." (Dederichs, 2009, 17).

What listeners say about The Assassination of Reinhard Heydrich: The Czech Resistance's Killing of the Top Nazi Official During World War II

The narrator is so horribly bad. It ruined it.

I cannot begin to describe how bad the narration is on this. it's as if Mel Blanc , during a World War II Bugs Bunny cartoon, narrated the read.

This book covers the motivation and preparation for the assassination of a Nazi leader in Prague, the event itself, and aftermath. The author includes some important takeaways on whether or not this assassination was beneficial to the overall effort to disrupt and ultimately eliminate the Nazi regime, and the consequences wrought upon the Czech people afterwards. One issue with the audiobook is that mistakes in the reading are not edited out, and the narrator's accents are unnecessary and a bit annoying. However, it is still quite understandable, and the historical event itself is worthwhile.

good but way too short.

this was very intriguing however it was so abbreviated that it was not possible to put yourself into the situation or into the lives of the individuals who were being dealt with.

it was terribly read..with an appalling accent..

terribly read..very poor with a typical American outlook on the war.. again how they won it themselves singlehandedly it funny they didn't join the war to the end of 1942..this part of history happened before then.. strange that..