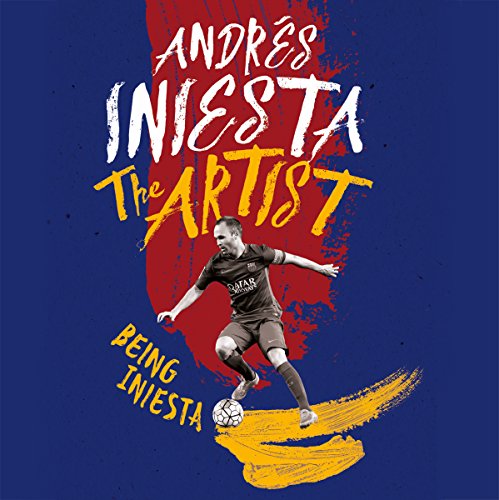 The Artist: Being Iniesta

By: Andrés Iniesta
Narrated by: Joe McGann
Try for $0.00

Andrés Iniesta was 12 years old when scouts invited him into Barcelona's famous La Masia academy. Shortly after he joined the club, Barca legend Pep Guardiola remarked of him, 'This lad is going to retire us all'.

Iniesta rapidly became a permanent fixture in the Barca midfield, propelling the club to a raft of trophies, including eight La Liga championships and four Champions League titles. With his country he has won the European Championship twice and scored the winning goal in the 2010 World Cup final.

Behind the wonderfully graceful passing and movement and the accolades and trophies he has garnered, there exists an intelligent and thoughtful man who, until now, has let his beautifully skillful feet do the talking. In The Artist: Being Iniesta, the Spanish maestro paints a vivid self-portrait in his own words but also in those of his coaches, teammates, opponents, friends and family. The result is intriguing.

What listeners say about The Artist: Being Iniesta

Iniesta by Iniesta. what a better way to learn

Great to know more about one of the greatest soccer starts. Great book and story

Would you listen to The Artist: Being Iniesta again? Why?

Yes, I would like to listen to this audiobook again.

Learning how a professional football players should behave, to set an example to other kids.

The performance was fine but (and I am nit picking here) I think it may have benefitted from a more local (or at least spanish) accent. That is me being a bit harsh though!

Andres Iniesta - the nice guy who won it all!

I did not know very much about the life of Andres Iniesta before I listened to this Audiobook but now I have read it I can appreciate far more what a great player he truly is. It is also nice to understand that in such an age, nice guys can still win in life!
I would highly recommend this book to anybody who claims to be remotely interested in football.

A book for a fans of Iniesta rather then football

As much as I enjoyed this book it's very biased.Interesring to hear his families views

brilliant book about a brilliant man.

he is an inspiration and its wonderful such a human exists. i run with him everyday.

A must read for an Iniesta fan; not otherwise.

Great Narrator to the book! Keeps you interested in an otherwise not so interesting book.

a beautiful insight into the life of Iniesta ⚽👍🏆

loved it.
makes you appreciate the things professionals go through.
Beautiful insight into the life of one of the best footballers of our days