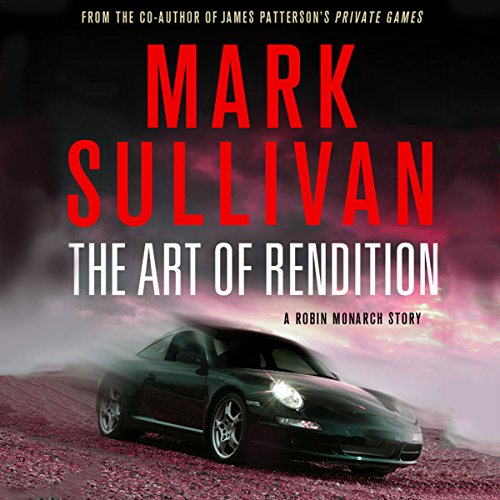 The Art of Rendition

Mark Sullivan, the co-author of James Patterson’s Private Games, has, in Robin Monarch, created a compelling new hero. Monarch is a world-class thief and a highly skilled operative - a man with skills, a rigid code of honor, powerful friends, and implacable enemies.

In The Art of Rendition, Monarch is an agent for the CIA, called upon to use his unique skills to kidnap and interrogate a Russian nuclear scientist suspected of selling technology to the Iranians. But that’s only part of the challenge - one that many trained agents could handle effectively. They’ve called upon Monarch because, after the interrogation, he must return the scientist without the Russians, the Iranians, or the scientist himself ever knowing he's been grabbed.

Meet Robin Monarch in The Art of Rendition, a thrilling, compelling story which showcases the author and character, each at the top of their form. As a bonus, included is a special excerpt from Rogue, the first Robin Monarch novel, coming in Fall of 2012.

"With Robin Monarch, Mark Sullivan has created a Jason Bourne for the new millennium" (James Rollins)

What listeners say about The Art of Rendition

The Art of Rendition, a novella, is about two kidnappings, One is in the present day (actually 2005) and is the rendition of a South African nuclear scientist who is selling his expertise to Iran and possibly others. That kidnapping is by CIA agent Robin Monarch. The other is a kidnapping of a 12 year old girl from for ransom in Latin America when Robin Monarch was a 14 year old gang member. The stories are woven together by frequent dialog movement from one to the other. The narration here is better than in Brotherhood,, but there is still room for narration caused confusion. The story is better than in the Brotherhood novella.

The beginning of the book. Recognizable to the extreme to creat corporatized drones. Very Humourous.