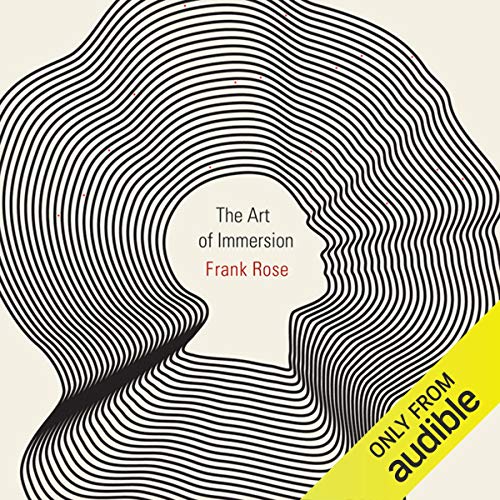 The Art of Immersion

By: Frank Rose
Narrated by: William Dufris
Try for $0.00

A field guide to the visionaries and the fans who are reinventing the art of storytelling. Not long ago, we were spectators, passive consumers of mass media. Now, on YouTube and blogs and Facebook and Twitter, we are media. And while we watch more television than ever before, how we watch it is changing in ways we have barely slowed down to register. No longer content in our traditional role as couch potatoes, we approach television shows, movies, even advertising as invitations to participate - experiences to immerse ourselves in at will.

Wired contributing editor Frank Rose introduces us to the people who are reshaping media for a two-way world - people like Will Wright (The Sims), James Cameron (Avatar), Damon Lindelof (Lost), and dozens of others whose ideas are changing how we play, how we chill, and even how we think. The Art of Immersion is an eye-opening look at the shifting shape of entertainment today.

"Wired contributing editor Rose takes a broad and deep look at how electronic media are changing storytelling, inviting an immersion that drills down beneath surface information and encourages a deeper level of emotional involvement.... Completely fascinating." (Booklist)
"Like Marshall McLuhan's groundbreaking 1964 book Understanding Media, this engrossing study of how new media is reshaping the entertainment, advertising, and communication industries is an essential read for professionals in the fields of digital communications, marketing, and advertising, as well as for fans of gaming and pop culture." (Library Journal)
"From Homer to Halo 3, from Scorsese to The Sims, the craft of story-telling has transformed utterly. Or has it? Frank Rose is one of the world's most insightful technology writers, and in this wonderful and important book he narrates a narrative about the new narrators who are gaming all the rules we learned way back in English 101." (Randall Rothenberg, Chief Digital Officer, Time Inc.)

What listeners say about The Art of Immersion

Learned a lot about advertising,tv,books and lot of other things that go on.It was great

See subject line for my review but can summise its great, and very interesting. Well researched