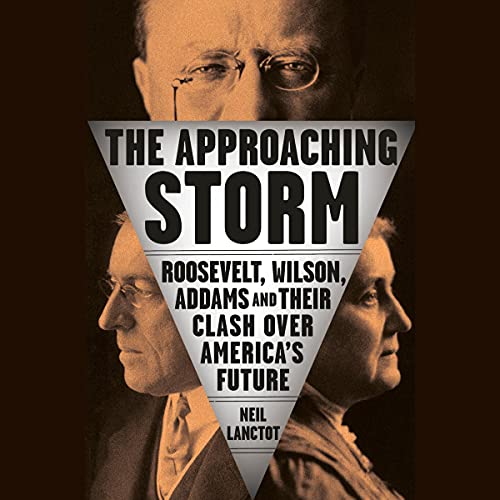 The fascinating story of how the three most influential American progressives of the early 20th century split over America’s response to World War I.

In the early years of the 20th century, the most famous Americans on the national stage were Theodore Roosevelt, Woodrow Wilson, and Jane Addams: two presidents and a social worker. Each took a different path to prominence, yet the three progressives believed the United States must assume a more dynamic role in confronting the growing domestic and international problems of an exciting new age.

Following the outset of World War I in 1914, the views of these three titans splintered as they could not agree on how America should respond to what soon proved to be an unprecedented global catastrophe. The Approaching Storm is the story of three extraordinary leaders and how they debated, quarreled, and split over the role the United States should play in the world.

By turns a colorful triptych of three American icons who changed history and the engrossing story of the roots of World War I, The Approaching Storm is a surprising and important story of how and why the United States emerged onto the world stage.

What listeners say about The Approaching Storm