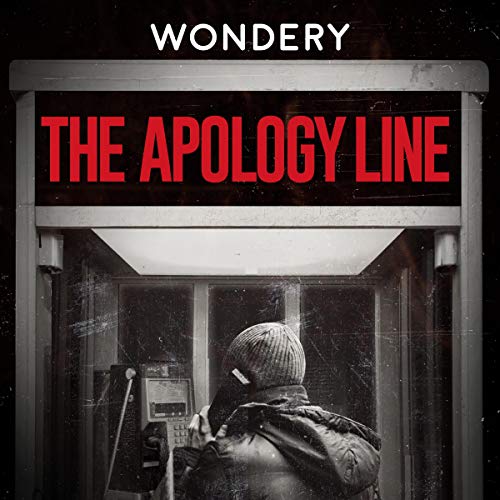 What listeners say about The Apology Line (Ad-free)

This is a great listen. can't wait for more episodes, I really wish they were all uploaded at once because I'm addicted.

The complete package, except without being complete... More Please! Fascinating in every way! Standing Ovation

I had no idea about this apology line thing and the story is amazing! How fun that would be to be the director of the apology line! Creepy!!!

I have found few voices that have drawn me in long enough to want to continue listening to the story but everything was great. I'm upset because I want to hear more.

All I can say is wow!! This is my very first podcast experience, I am absolutely hooked on this one! Extremely interesting, I can’t wait for more!!!

One it’s an AMAZINGLY interesting story, told so well by his wife and through the apology line recordings and recordings of friends.

That’s it actually. It’s a great story told super well about a man who led a very interestingly strange life.

Listened to while on a driving trip. The Apology Line kept our attention and prompted us to wonder about so many of the events. Would recommend.

I really really liked these stories so much that I couldn't put it down, so ended up taking my waterproof phone in the shower with me so I could continue to listen to the stories.... it was that good....!

please show us more. concrete proof that we are so alike, and not alone.

Awesome listen! Intense listen. Can't wait for next episode. Really makes you think about, what if?