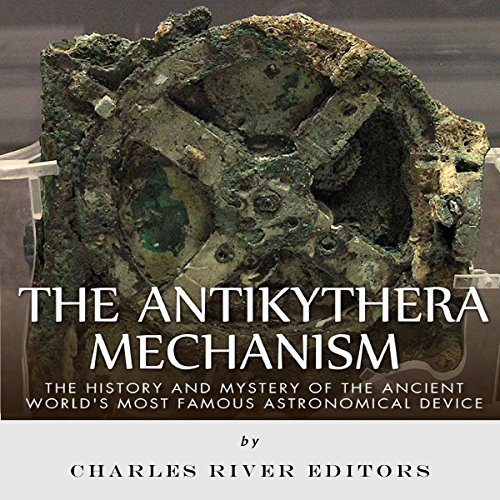 Discovering ancient shipwrecks hasn't been a novelty for thousands of years, but when artifacts were salvaged from a Roman shipwreck off the Greek island of Antikythera in 1900, the discovery of one set off one of the great mysteries of antiquity.

When sponge divers investigated the shipwreck, they found the kinds of items often associated with such discoveries, including marble statues, pottery, jewelry, and coins, but they also discovered a strange object, the likes of which nobody had ever seen before. Initially assumed to be pieces of rock, it turned out that the item, soon to be dubbed the Antikythera mechanism, consisted of dozens of pieces, many of which had gears. In fact, while scholars quickly deduced that it had an astronomical purpose, many believed the mechanism was too advanced to actually date back to antiquity.

As it turned out, of course, the Antikythera mechanism did date back to the first or second century BCE, and as scholars began to more fully comprehend its abilities, fascination over the device grew. In conjunction with the determination that the mechanism was an analog computer of sorts that could predict astronomical phenomena like the positions of stars and eclipses, conjecture over the origins of the device led to theories over what the Romans were going to do with it, and whether the device was created by the Greek genius Archimedes himself. To this day, debate continues over whether there were predecessors to the model, where the astronomical observations that went into creating the model were taken, and whether the ultimate origins of the device might even be Babylonian.

What listeners say about The Antikythera Mechanism