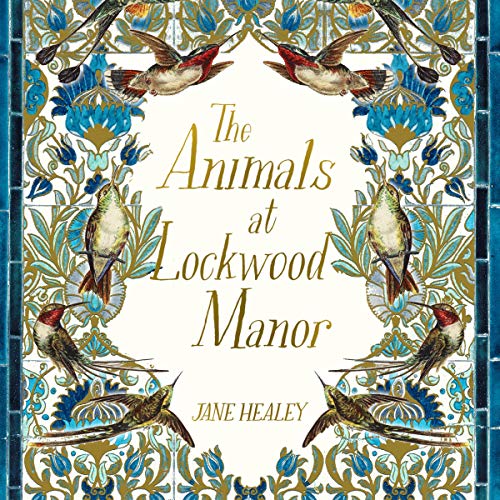 The Animals at Lockwood Manor

By: Jane Healey
Narrated by: Sarah Lambie
Try for $0.00

Deeply gripping and darkly atmospheric, The Animals at Lockwood Manor is a tale of long-buried secrets and hidden desires by Jane Healey.

Some secrets are unspoken. Others are unspeakable....

August 1939. As the Second World War looms, thirty-year-old Hetty Cartwright is tasked with the evacuation and safekeeping of the natural history museum’s famous collection of mammals. But once she and her exhibits arrive at Lockwood Manor, Hetty soon realizes that she’s taken on more than she’d bargained for . . .

Protecting her priceless animals from the irascible Lord Lockwood and resentful servants is hard enough, but when a series of mysterious events occur, Hetty begins to suspect someone – or something – is stalking her through the darkened corridors of the gothic mansion.

As her fears build, Hetty finds herself falling under the spell of Lucy, Lord Lockwood’s beautiful but haunted daughter. But why is Lucy so traumatized? Does she know something she’s not telling? And is there any truth to local rumours of ghosts and curses?

What listeners say about The Animals at Lockwood Manor

Beautifully written and read. Good, keep you guessing story. Sensitive and sensuous in places. Starts a little slowly but don’t be put off.

went on a bit. a little derivative. all the ingredients for a good story but didn't quite come together

The reading was beautiful, Sarah’s voice is so easy to listen to, however I found it was difficult to distinguish between the female characters sometimes. The story was also very slow, and not a lot happens until the end.

Thank goodness this story is so well crafted that it kept me hooked as I’m afraid the narrator had a dull style.