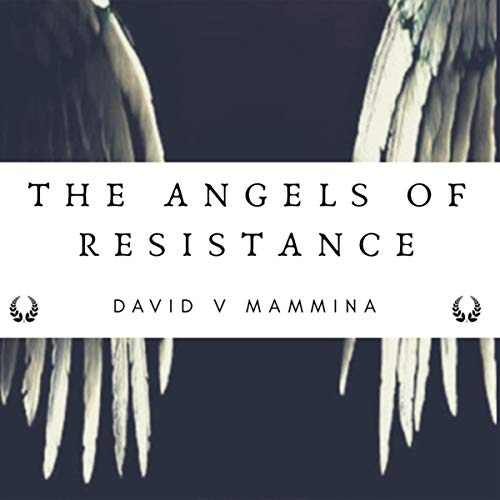 The Angels of Resistance

By: David V. Mammina
Narrated by: Russell Archey
Try for $0.00

One thousand years after the assumed apocalypse, a demonic army known as the Demon Plague has invaded the new world. With various races and cultures split by their differences, one man inspires them to unite in order to defeat the unfathomable evil force.

Experience the epic story that follows these heroes into the darkness. Join the resistance and find out what it takes to defeat demons.

In this Mad Max meets Game of Thrones dark sci-fi/fantasy epic, you'll experience an engaging story about a hero who lost everything to an evil force never encountered before. In his attempt to warn powers of the new world to prepare themselves to resist this supernatural army, Michael Miuriell joins forces with various warriors who work to unite rival kingdoms and bury century-old hatchets if only to defeat the Demon Plague. With fast moving action, dangerous villains and original characters, this story will define what every great sci-fi/fantasy novel should contain. Welcome to the resistance.

David V. Mammina lives in Lindenhurst, NY, and teaches social studies to students with learning disabilities in Queens. He is the author of seven fiction novels and the recipient of the Presidential Service Award for his volunteer work in the community. He enjoys connecting with avid readers and other independent authors, as well as dabbling in video games and comics. Please feel free to reach out to him and take a look at his website to learn more.

What listeners say about The Angels of Resistance

This is my first by this author and I really enjoyed it. The characters were well thought out the world building was descriptive enough that I could visualize what was taking place. The narrator was fantastic in bringing the story and characters to life. I look forward to more from this author and narrator

I couldn't even get past a couple hours

This book is terribly written and the narrator is equally terrible. I listen to plenty of hard Sci fi and fantasy, and this one falls flat. It might be better with a different narrator.

I really enjoyed it! This book caught my attention from the very beginning and held throughout the entire story. It caught all of my emotions. The narration is superb and gives the story that extra flair! It will keep you entertained. The author does an excellent job with the characters and plot. This was not my first book by this author, I also read Paltronis and enjoyed that book as well. I look forward to reading more books of his books. I was given this free review copy audiobook at my request and have voluntarily left this review.

I couldn't stop listening to this book

loved every second of this book one of the best ones I have listened to this year.

One thousand years after the assumed apocalypse, a demonic army known as the Demon Plague has invaded the new world.
love this book from start to finished