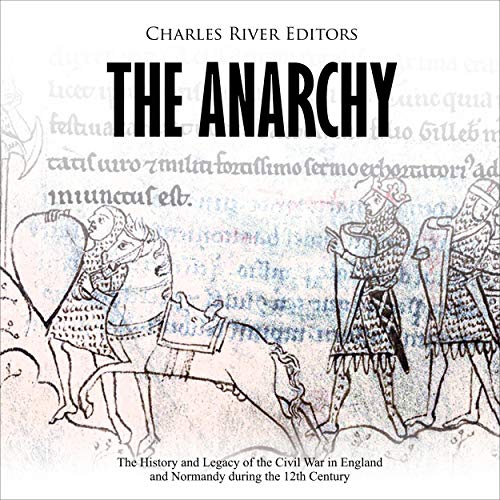 The History and Legacy of the Civil War in England and Normandy During the 12th Century
By: Charles River Editors
Narrated by: Colin Fluxman
Length: 1 hr and 48 mins
Categories: History, Europe

By: Charles River Editors
Narrated by: Colin Fluxman
Free with a 30-day trial

Today, "the Anarchy" is used to describe the period in English history from the death of Henry I in 1135 to the Treaty of Winchester signed by King Stephen and his successor Henry II in 1153.

Despite the name, it was an episode of civil war rather than of lawlessness and is interesting for a number of reasons, not the least of which is that it was the first time in English history that a woman claimed the throne of England in her own right. It occurred after the death of the last Norman king of England and laid the grounds for a distinctively English monarchy as opposed to a Norman colony.

This bloody era provides a fascinating glimpse into the lives, characters, and power struggles of the Norman French nobility who had conquered England less than 100 years prior. Even as unrest and violence followed William the Conqueror’s campaign, the two cultures slowly merged with each other, from modes of dress to language and political outlook.

England, first under the Normans and then the Plantagenets, began to emerge as a powerful nation in its own right, rather than a divided and somewhat barbarous island off the coast of Europe, and it had an unmistakably French shading to its culture. Thus, whereas at the beginning of the struggle, England was little more than a territory of mediocre importance, by the end of the 12th century, it was reunified and had the makings of a major European power.

What listeners say about The Anarchy