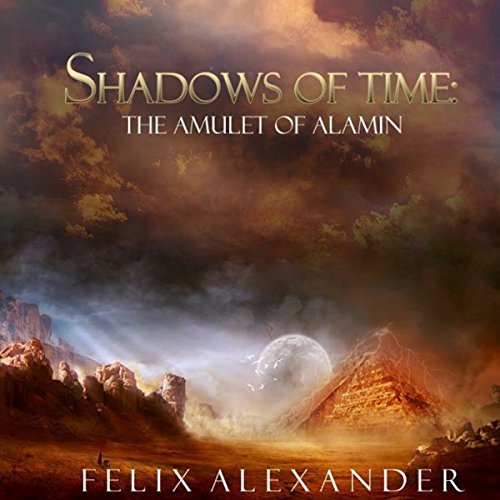 The Amulet of Alamin

The Amulet of Alamin

The veil between the heavens and the underworld has fallen.

Mesopotamia is a region with kingdoms at war. The desires of gods and men sweep across the Land Between the Two Rivers so frequently that peace is merely a memory of a forgotten time. Demons and shape-shifters lurk in the shadows, sorcerers and soothsayers warn of impending danger, and a demigod sits in the eye of the storm.

It has been millennia since the Tablet of Destinies fell from heaven. After the fall of angels and the emergence of the Watchers, the gods set out to destroy the Nephilim and retrieve the Tablet, but a piece of the stone chipped away before it was lost.

Fashioned from that piece of the Tablet, an amulet was gifted to Alamin in his infancy, but when he discovers the gods and angels want him dead he is forced to flee with it and only the Fallen Angel can protect him. Princess Safia is betrothed against her wishes and she flees with Alamin on a perilous quest across the Ancient World that blurs the boundaries of reality with the realm of myth until Alamin surrenders to the Fallen Angel.

Troubled by the prophecy, Inanna crosses oceans and deserts to find her son before she journeys into the underworld to retrieve his soul. The King of Kish names Sargon - the boy general - his Cup Bearer. Zagesi condemns his soul for immortality, but his deal with Mephitsophel is an ominous portent for the fall of kings. The fate of existence hangs perilously in the balance and the realm between the heavens and the underworld collapses into chaos.

This was a very difficult book to finish. the characters had no depth and there were too many of them. the plot really wasnt there and the story had no hook. lots of random battles that had no bearing on the end. seemingly a waste of time. I didnt care what happened to any of the characters.

the narrator was not the best either. i had difficulty understanding her. maybe it was the accent but I doubt it. i think it was her tone. she put me to sleep more than once.

it sounded at the end that this was the beginning of a series. i have zero plans to listen to any more from this author. i cannot reccomend. this is the first time I'm writing a review for audible. i had to warn others.