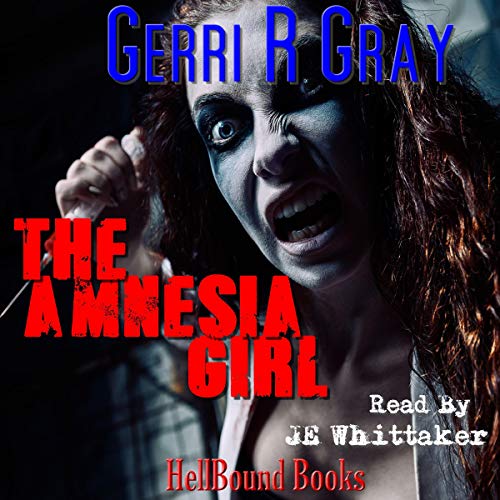 Filled with copious amounts of black humor, Gerri R. Gray's first published novel is an offbeat adventure story that could be described as One Flew over the Cuckoo's Nest meets Thelma and Louise.

Flashback to 1974. Farika is a lovely young woman who wakes up one day to find herself a patient in a bizarre New York City psychiatric asylum. She has no idea who she is, and possesses no memories of where she came from nor how she got there.

Fearing for her life after being attacked by a berserk girl with over 100 personalities and a vicious nurse with sadistic intentions, the frightened amnesiac teams up with an audacious lesbian with a comically unbalanced mind, and together they attempt a daring escape.

But little do they know that a long strange journey into an even more insane world filled with a multitude of perilous predicaments and off-kilter individuals waiting for them on the outside. Farika's weird reality crumbles when she finally discovers who, and what, she really is!

What listeners say about The Amnesia Girl!

An irresistibly quirky adventure that you just can't help but get lost in.

It's hard to classify this book. I wouldn't really call it horror, but it does have horror elements in it. It's sort of a comedy, but a serious story as well. It's certainly a bizarre road trip story. But however you classify this, it is an ultra-fast-paced bucket of fun!

Two women--one of which has amnesia--escape a mental hospital in NYC and stay with a friend of their's overnight. She tells them to go to another lady's house in San Francisco, and so off they go. Along the way, they encounter a perverted youth pastor, a psychotic cannibal with a chainsaw and roller skates, a hyper-feminist who wants to see all men dead or in cages like dogs, a conspiracy nut convinced of the existence of aliens, a Hitler robot with fully functional male anatomy, a pop star who may or may not have a tail, paralyzing ray guns, sex traffickers, an insane nurse with an unconventional drill bit, a psychiatrist who demands to hear about everyone's sexual fantasies, and more. Talk about an insane amalgam of nutty characters and crazy happenings. All along the way, the cops are searching for them as well.

There are so many reasons this book shouldn't have worked, but somehow, it did. I laughed and cringed and grew white-knuckled all within the same page sometimes. The prose was sort of dreamlike in a way, and I think maybe that helped it all gel together. Then the ending came along and threw me for a complete loop. I was NOT expecting that!

The narrator was terrific, I'd listen to her again any day.

I'd recommend this to anyone who isn't easily offended, because there's plenty in here for thin-skinned goons to get upset about. If you're one of those goons, for the love of God, move to Jupiter. There's not much this book doesn't have, and you'll have a bang-up fun time to boot. Check this one out!