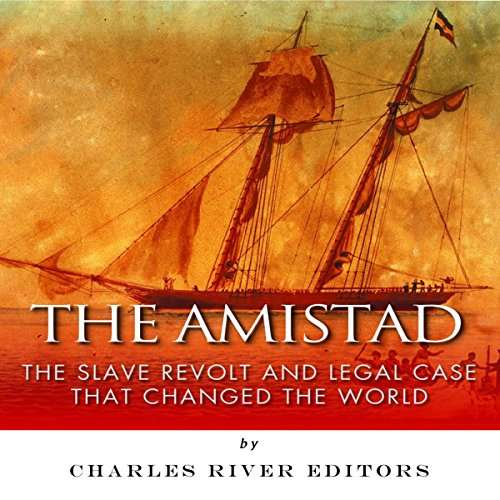 The Slave Revolt and Legal Case that Changed the World
By: Charles River Editors
Narrated by: Norman Gilligan
Length: 1 hr and 26 mins
Categories: History, American
4 out of 5 stars 4.0 (1 rating)

"25,000 slaves were brought into Cuba every year - with the wrongful compliance of, and personal profit by, Spanish officials." - Dr. Richard Madden

"Now, the unfortunate Africans whose case is the subject of the present representation, have been thrown by accidental circumstances into the hands of the authorities of the United States Government whether these persons shall recover the freedom to which they are entitled, or whether they shall be reduced to slavery, in violation of known laws and contracts publicly passed, prohibiting the continuance of the African slave trade by Spanish subjects." - Henry Stephen Fox, British diplomat

By the early 19th century, several European nations had banned slavery, but while the United States had banned the international slave trade, slavery was still legal in the country itself. As a result, there was still a strong financial motive for merchants and slave traders to attempt to bring slaves to the Western hemisphere, and a lot of profits to be gained from successfully sneaking slaves into the American South and the Caribbean by way of locations like Havana, Cuba.

At the same time, the cruelties of the slave trade often led to desperate attempts by slaves or would-be slaves to avoid the horrific fate that they were either experiencing or about to face. In 1831, Nat Turner's revolt shocked the South and scared plantation owners across the country, while also bringing the issue of slavery to the forefront of the national debate.