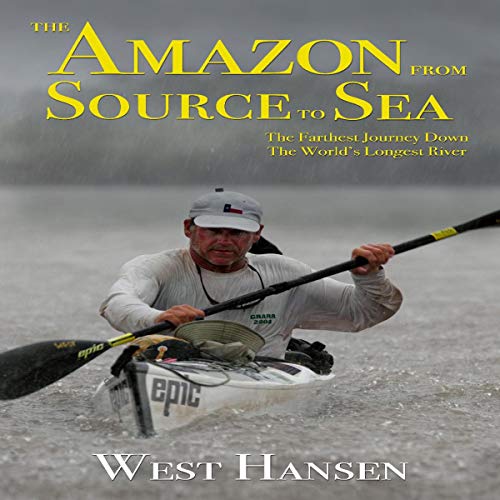 The Amazon from Source to Sea

The Amazon from Source to Sea

Fifty-year-old canoe racer-turned-explorer West Hansen is planning to kayak the Amazon River when he learns that everyone - cartographers, adventurers, even his own sponsor, National Geographic Society - has misplaced the source of the world's greatest river.

One of exploration's great prizes is suddenly back up for grabs, and to claim it all, Hansen has to shepherd a team of irascible Texans and international whitewater stars some 4,200 miles, from the crest of the Peruvian Andes to the Atlantic Ocean.

The journey brings him face-to-face with a controversy as old as Livingstone's quest for the source of the Nile, in addition to the usual obstacles. With great humor and insight, Hansen details a wild ride full of personality conflicts, extortion, Machiavellian subterfuge, pirates, drug lords, uncharted whitewater, massive thunderstorms, injuries, illness, fatigue, tropical heat, blizzards, altitude sickness, jungle drunks, bales of marijuana, substandard scotch, bureaucratic labyrinths, loneliness, colossal tides and the unstoppable force of the largest and longest river on the planet.

For anyone who enjoys adventure, more specifically water based adventure, this is a modern take of struggle and success. I greatly enjoyed the story.