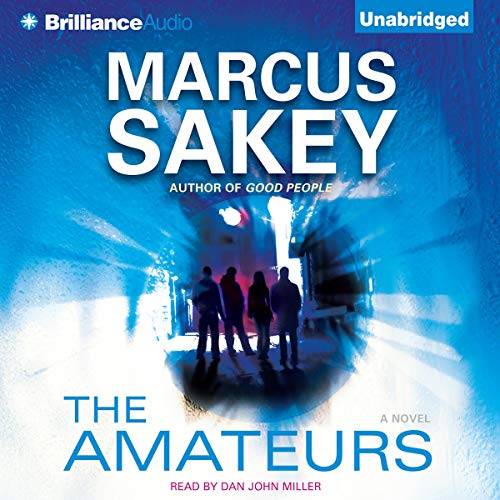 By: Marcus Sakey
Narrated by: Dan John Miller
Try for $0.00

Marcus Sakey, "the new reigning prince of crime fiction" ( Chicago Tribune) is the most acclaimed new thriller writer in recent memory. In his next taut, propulsive novel, four friends from the old neighborhood have dreams of a better life. And they've worked hard for it. A bartender. A failing stock broker. A hotel doorman. A travel agent. In a world where CEOs steal millions while their employees worry about their next paycheck, where the few dollars any of them have saved are held hostage to the whims of billionaires a world away, the honest approach got these four nowhere.

Now they've gone too far with a plan to change their situation and their world is falling apart. To save their own lives, they've had to take the lives of others. Tensions and rivalries they thought long buried are flaring to angry life. The clock is ticking on a situation they don't understand. As things unravel faster and faster, each of them will have to choose between saving everything they treasure and doing the right thing. And for four people pushed to the ragged edge, the only thing more dangerous than the men coming after them might be their best friends.

What listeners say about The Amateurs

Not His Best, But Worth the Listen

If you haven't read Sakey before, don't read this one first. Both Good People and The Blade Itself are better books, more tightly plotted, better dialog, characters more believable.

This book takes over an hour to get going, and it's a boring hour. The plot is predictable, there are no real surprises. The characters are interesting, but somewhat shallow. The final hour more or less makes up for the first.

The narrator does a workmanlike job.

The problem I had with this book is the narrator's voice would trail off. He'd start a sentence in full voice, then end the sentence in a whisper. I had to keep the volume really high to catch it all.

Really liked The Amateurs by Marcus Sakey. Well thought out, the central story is exciting, suspenseful, and kept me listening till the very end. The events are viewed separately by the four principal characters ala' Lawrence Durrell's Alexandria Quartet, light, in chapters which blend well. The only part that didn't quite work for me was the ending, but others may really enjoy it. Definitely a good read.