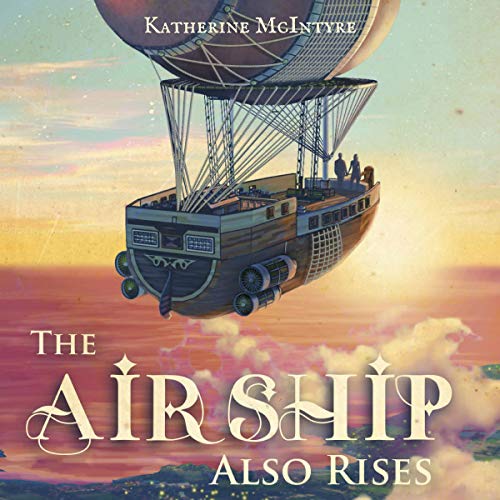 By: Katherine McIntyre
Narrated by: Cari Scholtens
Try for $0.00

The crew of the Desire returns for one final, thrilling adventure.

Ever since Bea and the crew stole that box from the British Merchant ship, they’ve been drowning under enemies: the Brits, the Morlocks, and the man who started it all - their ex-employer. However, Bea finally tracks him down and prepares for one final fight against the man who made their life hell.

He’s got superior numbers and more weapons and wealth than she could dream up, while she’s got a threadbare crew running on grit and dreams alone. The crew of the Desire doesn’t stand a chance. But Bea’s spent a lifetime defying the odds, and she and the crew will risk it all - their livelihood, their ship, and their lives for the chance to fly the skies free once more.

Secrets will unravel, and loyalties will be tested in the smoking conclusion of the Take to the Skies series.

What listeners say about The Airship Also Rises

Katherine wraps up her Take to the Skies trilogy with masterful skill. The evolution of her characters hits all the marks and pulls at your heartstrings. You feel the highs they figuratively and literally reach, and get pulled down to the lows as these characters continue to grow and develop. The only thing that makes me sad is this is the end of the story! I hope she writes more in this Steampunk/sci-fi universe that has been carefully crafted!