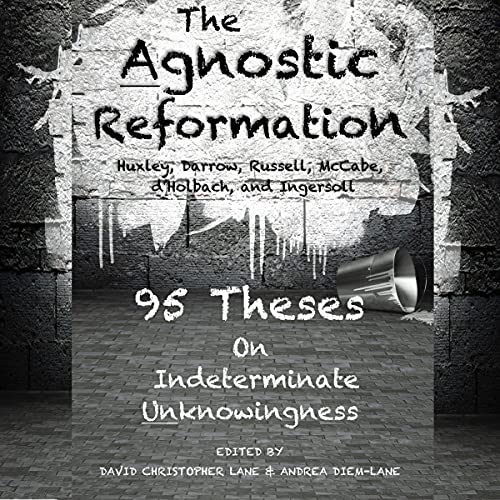 "When Spencer Tracy, playing Clarence Darrow in the movie Inherit the Wind, takes the Bible in one hand and On Origin of Species in the other and clasps them together side by side to illustrate how science and religion can work together, one is led to assume that Darrow was indeed a theist evolutionist. But was he? Hollywood’s portrayal of him in this classic film is obviously suspect. Instead of supporting theism, Darrow’s own writings clearly show his strong support for agnosticism (literally, “not knowing”).

This philosophical position - the argument that one cannot know ultimate or metaphysical truths or even whether there are any - fits in line with the teachings of Socrates, Hume, Darwin, Einstein and many other philosophers and scientists today. Science is inherently agnostic. As a discipline it tends to only investigate those claims that can, in theory, be tested and proven. Indeed, Karl Popper, a well-known philosopher and historian of science, has stressed that for some-thing to be of scientific merit it must be potentially falsifiable. In other words, science doesn’t work by proving itself right, but rather by demonstrating where, when, and how it can potentially be wrong. In this way, it can actually correct prior assumptions and make further testable hypothesis, which can either withstand rational scrutiny or be shown to be lacking in sufficient evidence.

What listeners say about The Agnostic Reformation: 95 Theses on Indeterminate Unknowingness