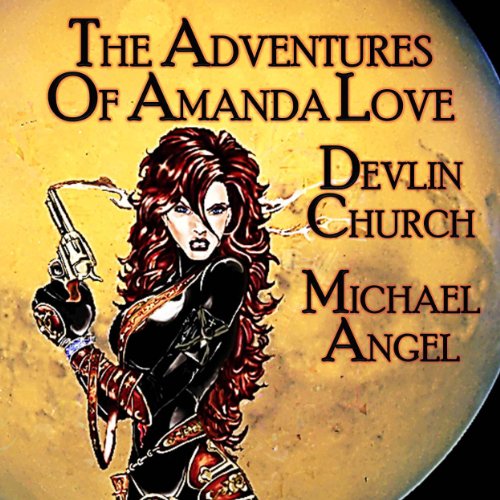 The Adventures of Amanda Love

By: Devlin Church,Michael Angel
Narrated by: Bill Royal
Try for $0.00

Firefly meets Flash Gordon as con-artist and adventurer Amanda Love travels the star systems of the frontier. Amanda's ample charms include the face of an angel, the bluest eyes west of Delta Vega, and a body that could give a pious man a wet dream in a skin-tight spacesuit. She and her crew of loyal misfits take their traveling "pay to pray" Salvation Show out to the lonely, backwater alien planets that dot fringe space.

But her latest "pay to pray" con nearly becomes her last, when she and her crew are attacked by mercenaries sent by Malco Trent, a man who runs the galaxy's most corrupt company: Mal Corp. Amanda discovers that Trent and her father had been partners in crime before a falling out over Amanda's mother. Now that Amanda's grown into the spitting image of that woman, Trent swears to possess the beauty that eluded him before.

The Adventures of Amanda Love is a sequel novel to A Shovelful of Stars and Love's Origins.

What listeners say about The Adventures of Amanda Love