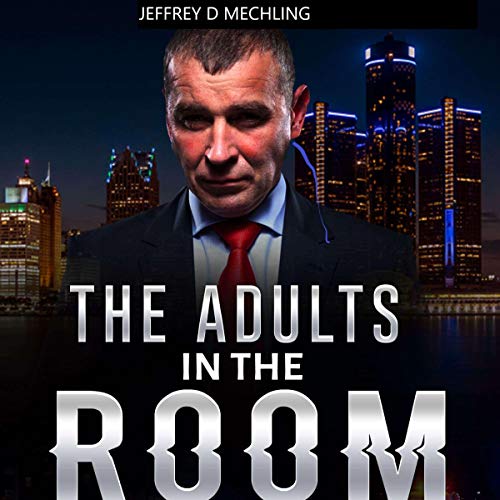 The Adults in the Room

Tim Hall knows that he was a spy for the CIA but because of an accident, his career was cut short and there are now large gaps in his memory. Although Tim is content living in Baltimore and spending time at his favorite watering hole, The Blue Goose, his life is somehow different. Tim fears he may have early symptoms of dementia.

Enter Mary Ann Layback, a self-described ex-biker chick and owner of the Goose. Mary Ann may be the woman of Tim’s dreams, but is she really the “ex-biker chick with the heart of gold” or is she something else entirely? And why has Tim been lured to the Dominican Republic for embryonic stem cell treatments, and who are all these new and strange people in his life? Someone wants something from Tim Hall, but what could it be? The Adults in the Room is a modern-day spy thriller where nothing is as it seems.

What listeners say about The Adults in the Room

What a unique roller coaster ride! A man who believes he is a CIA operative but has no memory and no one believes him. He participates in, what he believes, to be a medical treatment to help restore his memory loss only to learn - he was actually a CIA operative. This was very entertaining.

The narrator, Kathy Bell Denton, did a fine job. However, I wish, since the MC was a male that the narrator was male - and this slightly took me out of the story. Overall, the narration was competent.