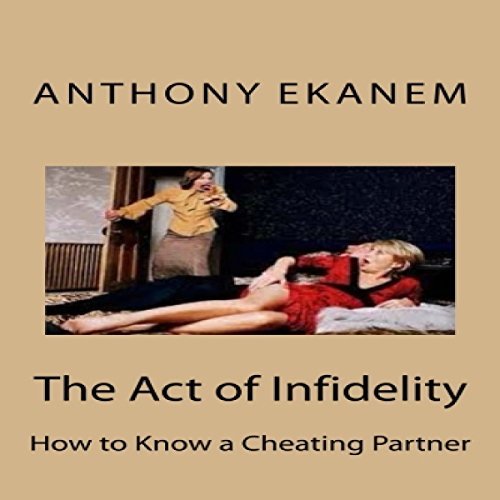 The Act of Infidelity: How to Know a Cheating Partner

The Act of Infidelity: How to Know a Cheating Partner

By: Anthony Ekanem
Narrated by: Alicia Rose
Free with a 30-day trial

Infidelity is the greatest and most misunderstood of all relationship infractions. This small, sometimes one-minute act of passion or revenge has the capability to initiate a relationship and end a relationship at the same time.

But what is Infidelity?

Infidelity has many names. It is called cheating, stepping out, a transgression, betrayal, unfaithfulness, perfidy, fooling around, and so on. In addition to infidelity having many names, it also has many meanings. For the most part, the widely accepted definition of infidelity revolves around indulging in sexual intercourse with another man or woman who is not the married or committed partner. But there are many other meanings as to what defines infidelity, and these are often determined by the individual who faces infidelity or by the one who commits the act of infidelity.

What listeners say about The Act of Infidelity: How to Know a Cheating Partner