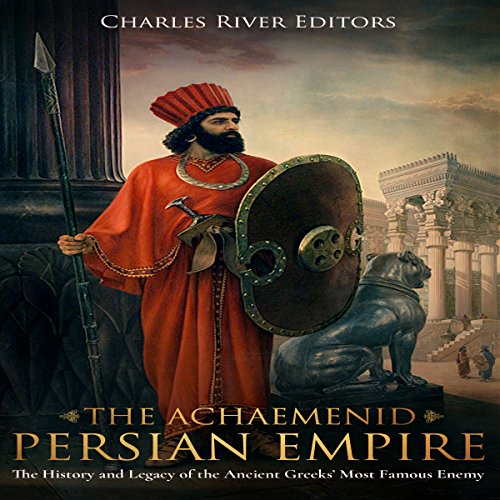 The Achaemenid Persian Empire: The History and Legacy of the Ancient Greeks’ Most Famous Enemy

"By the favor of Ahuramazda these are the countries which I got into my possession along with this Persian people, which felt fear of me and bore me tribute : Elam, Media, Babylonia, Arabia, Assyria, Egypt, Armenia, Cappadocia, Lydia, the Greeks who are of the mainland and those who are by the sea, and countries which are across the sea, Sagartia, Parthia, Drangiana, Aria, Bactria, Sogdia, Chorasmia, Sattagydia, Arachosia, Hinduš, Gandara, Sacae, Maka." - An inscription on a terrace wall in Persepolis, circa 521 CE

Lying in the middle of a plain in modern day Iran is a forgotten ancient city: Persepolis. Built 2,500 years ago, it was known in its day as the richest city under the sun. Persepolis was the capital of Achaemenid Persian Empire, the largest empire the world had ever seen. But after its destruction, it was largely forgotten for nearly 2,000 years, and the lives and achievements of those who built it were almost entirely erased from history. Alexander the Great’s troops razed the city to the ground in a drunken riot to celebrate the conquest of the capital, after which time and sand buried it for centuries.

It was not until the excavations of the 1930s that many of the relics, reliefs, and clay tablets that offer so much information about ancient Persian life could be studied for the first time. Through archaeological remains, ancient texts, and work by a new generation of historians, a picture can today be built of the Achaemenid Persian Empire and their capital city of Persepolis. Although the city had been destroyed, the legacy of the Persians survived, even as they mostly remain an enigma to the West and are not nearly as well understood as the Greeks, Romans, or Egyptians. In a sense, the Achaemenid Persian Empire holds some of the most enduring mysteries of ancient civilization.

The Achaemenid Persian Empire: The History and Legacy of the Ancient Greeks’ Most Famous Enemy looks at one of history’s largest empires.

What listeners say about The Achaemenid Persian Empire: The History and Legacy of the Ancient Greeks’ Most Famous Enemy

It’s an excellent review as well as narration! I love the way it was presented.