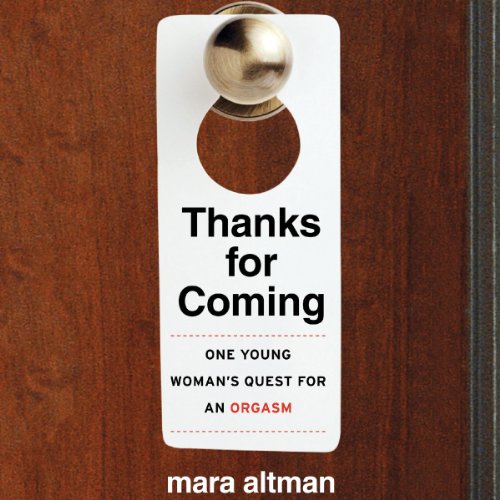 By turns uproarious and touching, the memoir of a young woman's search for an orgasm - and for the elusive connections between sex and lover.

Twenty-six-year-old Mara Altman wanted to know what all the screaming was about. She'd lost her virginity at seventeen; grown up in southern California with sexually free parents; had lovers in India, Burma, and Peru; and spent a year in Bangkok observing all manner of depravity. And yet she was an attractive, successful, single woman in New York who'd never had an orgasm.

And so she embarked on a wildly funny, emotionally resonant odyssey - a journey both inside and outside herself - only to discover that, for Mara, orgasm was connected to a part of her that no vibrator could reach. Thanks for Coming is one woman's look at our obsession with and anxiety over the female orgasm. Her quest to get her own yields poignant results that will surprise even the sexually awakened among us. From sex shows to sex conventions, from a therapist's couch to her own couch, from the bedroom to the bar, Mara Altman proves to be a guide as hilarious as she is investigative.

What listeners say about Thanks for Coming