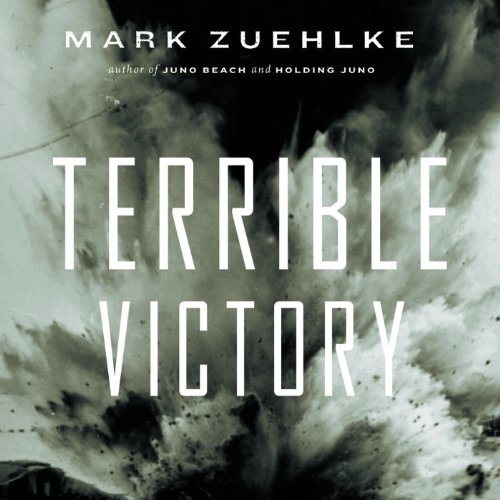 By: Mark Zuehlke
Narrated by: James Conlan
Try for $0.00

On September 4, 1944, Antwerp, Europe’s largest port, fell to the Second British Army and it seemed the war would soon be won. But Antwerp was of little value unless the West Scheldt Estuary linking it to the North Sea was also in Allied hands. In his greatest blunder of the war, Field Marshal Montgomery turned his back on the port, leaving the First Canadian Army to fight its way up the long coastal flank. By the time the Canadians and others serving with them reached the area, it had been transformed into a fortress manned by troops ordered to fight to the death. Crushing the Nazi defenders required all of the Canadians’ courage, endurance and skill. The battle that raged until November was Canada’s bloodiest of World War II, costing more than 6,000 casualties.

What listeners say about Terrible Victory

A recording that does not do this work justice

Another great installment in Zuehlke’s series (though hard to digest without a map handy), but poorly brought to audio format by the narrator. Odd inflection and emphasis throughout (not quite monotone, but close) and repeated mispronunciation of names, Roman numerals, abbreviations, and even common English words (for instance, “Hamilton,” the letters “HLI,” “short lived,” and “behemoth” should not be difficult for a professional narrator). I had high hopes for this recording but was disappointed.

the narrator was good but very annoying to hear him pronounce Regina wrong, and on every occasion. It's not pronounced
"Re-jean-na" . It's "Reg-eye-na". not complicated. and a little disheartening to when telling stories about the brave men who died in the Regina Rifles.

Would you consider the audio edition of Terrible Victory to be better than the print version?

The personal narratives enliven an, at times, dreary recounting of a fascinating and under-reported campaign.

The narrator is NOT familiar with military terms ("coy" is company, for example) and basic mispronunciations of other words grated.

Up Scheldt Creek without a paddle!