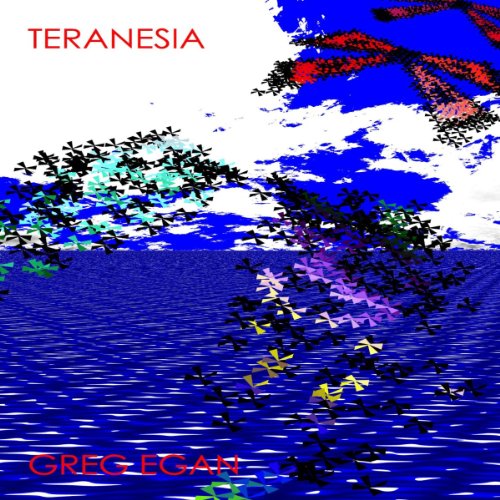 Welcome to Teranesia, the island of butterflies, where evolution has stopped making sense. Prabir Suresh lives in paradise, a nine-year-old boy with an island all his own to name, to explore, and to populate with imaginary monsters stranger than any tropical wildlife. Teranesia is his kingdom, shared only with his biologist parents and baby sister Madhusree. The unexplained genetic mutation of the island's butterflies that brought his family to the remote South Moluccas barely touches Prabir; his own life revolves around the beaches, the jungle, and the schooling and friendships made possible by the net.

When civil war breaks out across Indonesia, this paradise comes to a violent end and his family is broken apart, leaving Prabir with nagging feelings of guilt and an overwhelming, almost irrational, sense of responsibility for his sister. The mystery of the butterflies remains unsolved, but nearly twenty years later reports begin to appear of strange new species of plants and animals appearing throughout the region - species separated from their known cousins by recent, dramatic mutations that seem far too efficient and functional to have arisen by chance from pollution, disease, or any other random catastrophe.

Madhusree is now a biology student; proud of her parents' unacknowledged work, and with no memories of the trauma of the war to discourage her, she decides to join a multinational expedition being mounted to investigate the new phenomenon. Unable to cast off his fears for her safety, Prabir reluctantly follows her. But travel between the scattered islands is difficult, and Madhusree's expedition is out of contact.

A scientific mystery, an adventure story, and a meditation on the origins of love, Teranesia is Greg Egan's most ambitious and accessible novel yet.

What listeners say about Teranesia