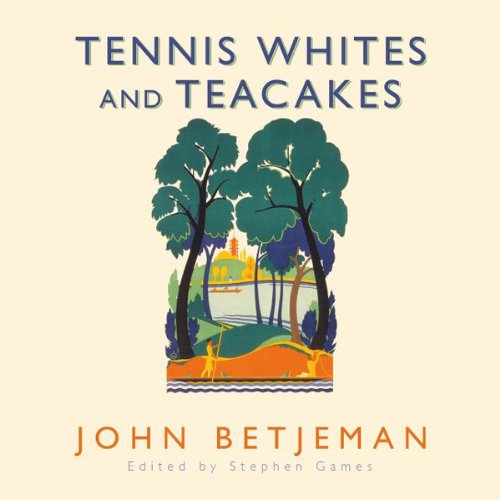 Betjeman's England is a place of patriotic poets and seaside coves, provincial cathedrals, and eccentric dons. For 50 years, Betjeman celebrated the glories of Englishness and what it meant to be English. Against a tide of rapid change, he unearthed forgotten heroes, bygone haunts, and old-fashioned modes of thought. But as this original collection reveals, his appeal goes far beyond simple nostalgia. It lies in his passionate convictions, his humour and his humanity.

What does it mean to be English? What is Englishness? For 50 years, at a time when other people were becoming more internationally aware, John Betjeman immersed himself in the glories of English culture: its places, its writings, its heroes. Seaside architecture, national poets, the great cathedrals, our ancient townscapes, all were hard-won achievements, he pleaded, with pleasures and delights that we threw away at our peril.

Tennis Whites and Teacakes brings together the best of Betjeman's poetry, private letters, journalism, and musings to present a fully rounded picture of what he stood for. From his arguments for new steel buildings to his amusement about the etiquette of village teashops, it reveals Betjeman not just as a sentimentalist but as a passionate observer with a wonderful sense of humour and an acute eye.

Not as good as I had hoped having listened to other publications from Audible but Thankyou anyway.

the way we lived then

Would you listen to Tennis Whites and Teacakes again? Why?

i shall be listening to it again tonight and only bought it yesterday. such a joy.

What was one of the most memorable moments of Tennis Whites and Teacakes?

it was pretty much all delightful.

What does Charles Collingwood bring to the story that you wouldn’t experience if you had only read the book?

CC does an exceptional job in his narration.

wish it had been twice the length. Will be listening to it again tonight.