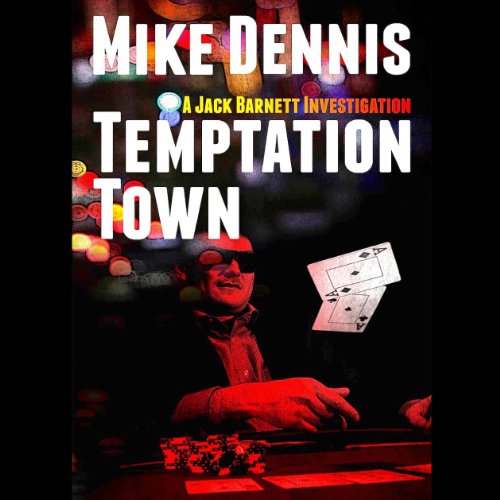 Jack Barnett has had it with the private eye business. They took his license away in LA, and fearing criminal prosecution, he split town in the middle of the night and headed for Las Vegas, where anyone can become anonymous.

He swears off the business, but his money runs low and when a man offers him $5000 to find his missing daughter, he agrees. He soon wishes he hadn't when the haunting memory of a woman from his past gets in the way.

Temptation Town is a novelette, about 12,000 words, the first of the Jack Barnett series from Mike Dennis. Set in the steaming underbelly of Las Vegas, these tales of a reluctant ex-private investigator drag the reader down the darkest streets of Sin City, USA, a town in constant need of fresh blood for its own survival.

The audiobook also comes with an exclusive preview of the second Jack Barnett installment, another novelette called Hard Cash. The third entry, a full novel called The Downtown Deal, is also currently available in print and digital. The audiobook will be coming soon.